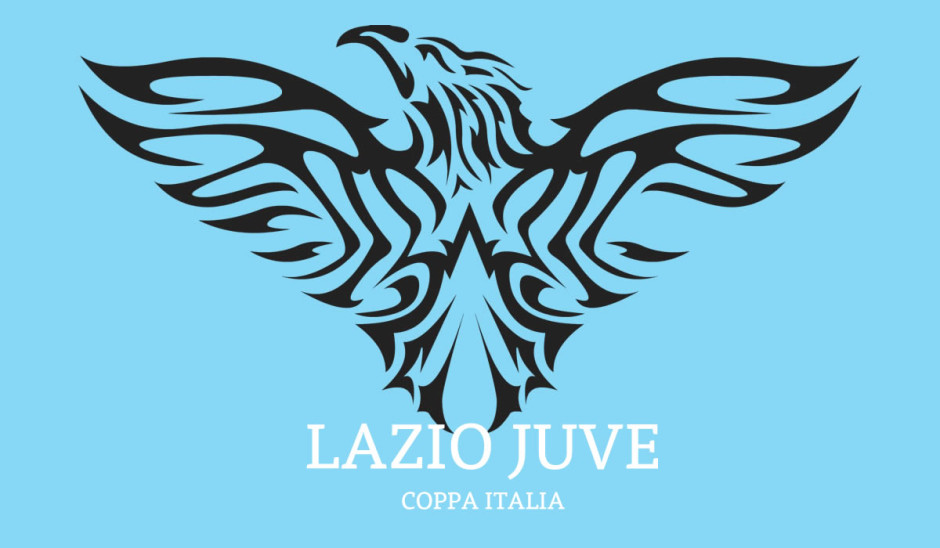 Juventus comes off arguably its best performance of the season in the Udinese game, where it sealed the deal in about half an hour. The simplicity of the match for bianconeri sparked one of the silliest narrative/complaint from fans of the other teams: Juventus gets points too easily with small teams, there must be something behind that.

There is definitely something behind that: Juventus are in excellent form, they have a winning formula and a winning mentality, they have built a distinct identity since the permanent move to 3-5-2, they have pretty much a consistent XI and they have so many weapons. Probably only Napoli share most of these traits and this is why they are the most credible Scudetto threat. But Juventus is much more deep, so that could give us an edge in the title race.

The Coppa Italia match presents some obvious difficulties: it is played on the road against an opponent that has usually been pretty good at home; it is hard to “get up” for matches where there is not too much on the line (Juventus won its 10th Coppa Italia last year ending a lengthy drought); the lineup could feature many bench players. The drop-off in quality should not be dramatic, but the chemistry might not be there.

Massimiliano Allegri said that he will field the best XI available, keeping an eye on the weekend match, the much anticipated Juventus-Roma. In other terms, many starters will rest and it will be a good chance to see what the others can do and how much they can contribute going forward.

Neto will get one of the few chances to start in a season where, thank goodness, Gianluigi Buffon has been injury free. Andrea Barzagli is not ready but he will be soon, while the statuses of Roberto Pereyra and Mario Lemina are more cloudy. One between Leonardo Bonucci and Giorgio Chiellini will rest and you could make a case for both. Bonucci basically plays every minute in every season and Daniele Rugani can easily replace him in the middle of the defence: some thinks that Rugani can even become a mistake-free version of Bonucci in a couple of years, anyway, more realistically, the youngster is destined to take the spot of the aging Barzagli at RCB. Considering his injury history, it is more likely that Chiellini will sit this one to avoid overusing him now that the schedule will get busier. Therefore the defensive line should be composed by Rugani, Bonucci and Martin Caceres, like in the final part of Udinese Juventus.

Juan Cuadrado would probably deserve some playing time, but his usual partner in crime on the other flank Patrice Evra has not been called up, we will see whether Allegri will turn to Alex Sandro, Simone Padoin or Kwadwo Asamoah. In order not to make the lineup too offensive, Stephen Lictsteiner could get the nod on the right, even though I would still go with Cuadrado-Sandro. The majority of the doubts lie in the midfielder: the coach said that Claudio Marchisio excludes Hernanes, which is not necessarily true because Claudio can play box-to-box too, so only one of the two will start. Sami Khedira has not been called up, so Stefano Sturaro will replace him. Paul Pogba was rested in the weekend and he should return in the lineup, even though I would not be opposed to a part-time use of him. The alternative would be Asamoah, who, however, has had a bunch of physical problems last year and it would be wise not to stress his body.

Alvaro Morata and Simone Zaza are the frontrunners to start in the attack, but I would not be surprised to see Mario Mandzukic out there, putting some minutes under his belt after a short absence because of a calf issue.

I am sure Stefano Pioli would like to field some bench players too, but they are so banged up that they do not have much of a choice. Moreover, because of their fall swoon, Lazio face an uphill battle to gain a Europa League spot, therefore Coppa Italia is a very real target for them.

They have been using 4-3-3 as of late. They will be without Federico Marchetti, Dusan Basta and Santiago Gentiletti because of hamstring injuries, Ricardo Kishna due to a recent knee procedure, Stefan De Vrij who underwent a big knee surgery in late 2015 and will likely miss the whole season and Ravel Morrison because of a nagging back ailment. They have recently recovered Senad Lulic who broke a couple of fingers in a weight room accident.

The return of the versatile Bosnian gives them some flexibility: they could switch to 3-4-3 with him as LWB and Stefan Radu as LCB. This will probably be an option as the game progresses rather than from the get-go. Considering the possibility of tactical change, Radu is likely to start at LB with Lulic coming off the bench. Lulic can play as central midfielder too.

Milan Bisevac could make his debut: even if he does not feature in this one, in the long run, the former Olympique Lyonnais defender will be a starter because Mauricio and Gentiletti are average at best and at least he adds some experience. Lucas Biglia and Sergej Milinkovic-Savic should start, with either Marco Parolo, Danilo Cataldi or Lulic completing the midfield.

Felipe Anderson has fallen behind Antonio Candreva and Balde Keita in the pecking order because of performance reasons, he could start in this one, but right now the other two wingers are the favourites. The battle to start at centre-forward between Alessandro Matri and Miroslav Klose is wide open, with Senad Djordjevic a little behind because he is the starter in the League games.

Lazio is an enigmatic team: in the last five games, they have drawn against Carpi and Sampdoria at home and Bologna on the road (where they were lucky to escape with a point after going down two-nil) and have defeated Inter and Fiorentina at San Siro and Artemio Franchi. Go figure. They do not strike me as a “big game” team, but they do have two pacey wingers who can take defenders on and make a lot of damage in the open field, so maybe that is why they have fared better against top teams that attack and might leave room for one-on-ones in the back rather than against small teams that sit back. 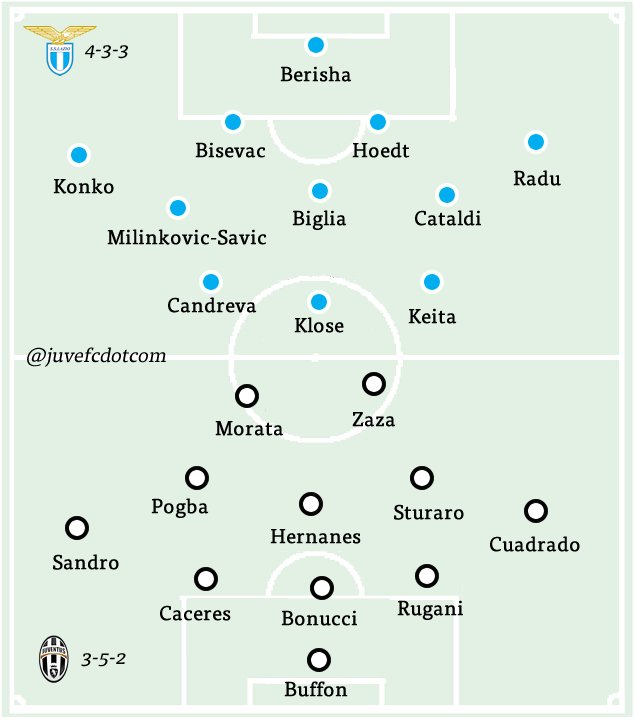