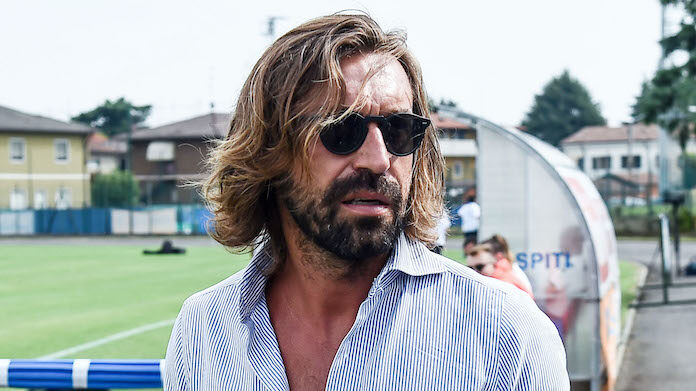 Legrottaglie defends Pirlo – ‘He did his best’

Nicola Legrottaglie has come to the defence of Andrea Pirlo, claiming that Juventus were not favourites for the scudetto this season.

The Old Lady’s title defence has faltered at present, sitting 10 points behind leaders Inter Milan with only 11 matches left to play.

While it isn’t impossible to climb our way back on top, the form of the Nerazzurri and the limited time to do so will surely see them claim their first title since 2010.

While many have called with criticism for Andrea Pirlo as he closes on leading the club to their first season without winning the division in a decade, Legrottaglie is coming to his defence.

“From the outside we cannot evaluate what they know well, Nedved and Paratici have pronounced themselves and we must believe them,”Legrotaglie told TMW Radio(via TuttoJuve). “I think they do well, when you start you have to carry on what you believed in.

“Andrea had difficulties but it could have been worse! I think they will certainly make it to the Champions League, and it is not certain that with a different coach they would have beaten Inter for the Scudetto, but for me the Nerazzurri were favourites. Someone is bombarding him but for me he did his best with what he had.

“The second year for him will be in the sign of the lucidity and maturity to understand if he can play this role. We will understand, and he will understand himself. Right to grant it to him and to Juventus, who have won everything in the last 9 years. It was a courageous choice, and I personally appreciated it.”

It is also worth taking note of the amount of injuries and player absences endured in a troubling season where we were forced to play every 3-4 days, whilst having a brand new manager trying to bring his own ideals into the side.

I certainly can’t condone any slandering of our manager, but at the same time, I would have understood if the management had decided to give up on their project.

Should Inter have been considered favourites this season regardless?

Gazzetta: Juventus looking to replace Dybala with another Argentine star