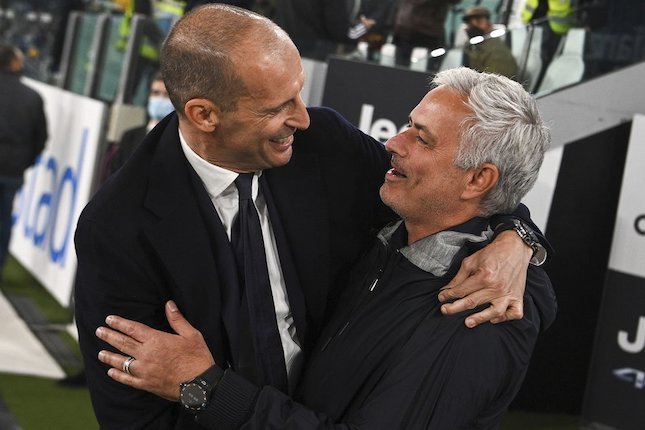 Former Inter Milan defender, Lele Adani has praised Massimiliano Allegri after the Juventus gaffer conceded that AS Roma played well and deserved to get at least a draw from their match this weekend.

The Bianconeri won the game against Jose Mourinho’s side 1-0, but the Romans played the better game.

They took the game to Juventus and even missed a penalty in the match.

The Bianconeri, however, were almost perfect with their defensive work and it helped them to earn an unlikely win in a match that they could easily have drawn or lost.

Allegri could tell that his team was fortunate to have earned all the points from the encounter and said so after the match, and his admission impressed Adani.

He told Bobo TV as quoted by Calciomercato: “I congratulate Massimiliano Allegri, because sincerity must always come before cunning.

“He was lucid, in a moment when he raised his team that had started very badly, he said that Roma deserved at least a draw. They didn’t deserve the tie, at least the tie. This is honesty and this is communication. “

Juve will have Alvaro Morata back for their next few matches and he would hopefully increase their attacking threat in those games which should help them dominate and probably win most of them.

Architecture, meditation and music – A closer look at Szczesny’s life off the pitch