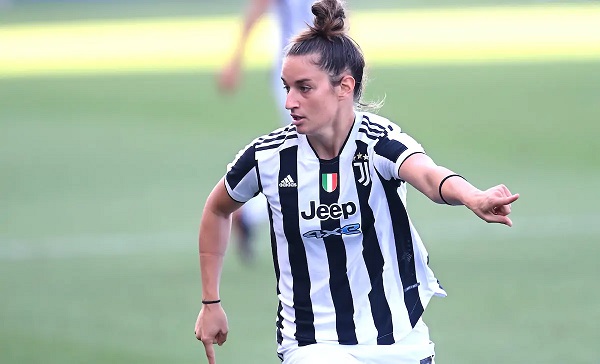 Lenzini removed from the squad list for the Juventus v Inter match.

The First Juventus women’s Serie A home match of the season is against bitter rivals Inter Women.

Games between the two teams have always made the news due to a marvellous performance from both. Juventus Women have won all of their home matches against Inter.

On Sunday 11th September 2022 at 14:30 The Bianconere will play against Inter and fans are hoping they will be victorious once again.

However, some fans are disappointed that Martina Lenzini will not be playing in tomorrow’s game against inter. Juventus Website has reported that during a national team game against Romania, Lenzini reported a muscle problem. After JMedical conducted a media examination it was reported that Lenzini has “a low-grade lesion of the rectus femoris of the right thigh”.

Lenzini has already started her rehabilitation process and the aim is for her to resume competitive activity very shortly.

Fans are hoping that losing Lenzini from the squad at tomorrow’s game will not affect the outcome of the match too much. Fans are still very hopeful and believe that Juventus Women will once again be victorious.

Update on Martina Lenzini in the link.👇