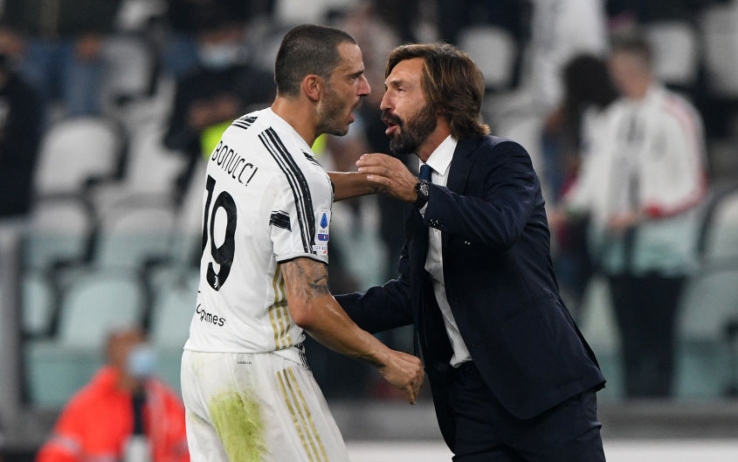 Leo Bonucci opens up on goodbye conversation with Andrea Pirlo’s

Leonardo Bonucci insists Juventus will be extra motivated after their failure to defend their Serie A title this term, but adds that Andrea Pirlo’s job did not come without complication.

The inexperienced manager took on the role in a season where clubs were not permitted a pre-season, and one which included matches every three days from the off.

Pirlo also had to juggle absences because of Coronavirus, constant testing, rearranged matches and various key injuries, all whilst getting to grips with his first ever job as head coach.

Despite the difficulties, he still led us to lift two pieces of silverware in the Coppa Italia and Supercoppa Italiana, before rescuing a Champions League place with a strong run of results to close out the campaign.

Pirlo has since been replaced by his former coach as a player, Max Allegri, and his chat with former team-mate and first-team regular Bonucci opened up on their chat following his exit.

“He told me to call him Andrea, no longer mister. I talked to him, for being his first experience with so many difficulties he has achieved great goals, Bonucci told Rai Sport(via TuttoSport).

“Compared to the other years, the Scudetto was missing, but it was difficult. Both for external conditions and for the short time it had.

“Now let’s think about what’s to come, Allegri will give us a big hand in managing the group with his experience. Can’t wait to start over. Seeing the others who won the Scudetto was not nice, we will leave even more energized.”

Pirlo definitely didn’t get much luck for his first job as coach, but there is no doubt that Allegri will bring assurances that we wouldn’t have had with another season under the more inexperienced coach.