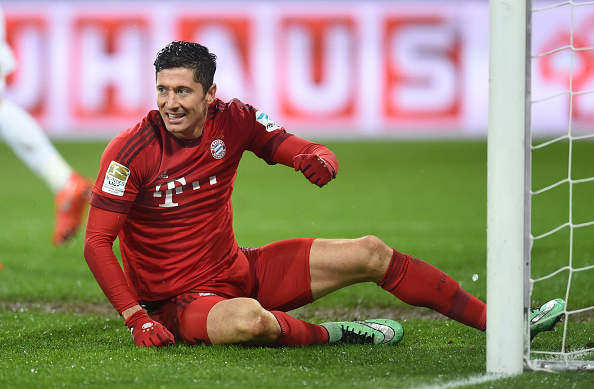 Despite missing out on the prestigious Ballon d’Or award in favor of Lionel Messi, Bayern Munich striker Robert Lewandowski is still racking up all sort of accolades.

The Pole received the 2021 Golden Player award organized by Italian newspaper Tuttosport for the best footballer above the age of 21.

This achievement surely won’t make up for the grand Ballon d’Or prize, but the 32-year-old says that he considers it much more than a consolation prize.

After receiving the award, the former Borussia Dortmund man was interviewed by the organizers, and revealed the two Italian players that he considered as idols.

“Roberto Baggio and Alessandro Del Piero. Baggio was a true idol. I loved his playing style and his hair too, For a short while I also had a little pigtail like his on my head,” he told Tuttosport via JuventusNews24.

“Then I fell in love with Del Piero. I can’t choose between these two great players.”

Nevertheless, the two legendary number 10 weren’t the only Juventus icons who were praised by the goal-machine.

Lewandowki was also asked about the toughest defenders that he faced throughout his career, and his answer included another Bianconeri stalwart.

“I’ll say two: Giorgio Chiellini and Sergio Ramos. They are both tough and physical. They know all the tricks of the trade, but they are always correct and almost always have a smile on their face. It is difficult, but also fun to play against them.”

Video – On this day, Higuain’s brace turned the Turin Derby upside down