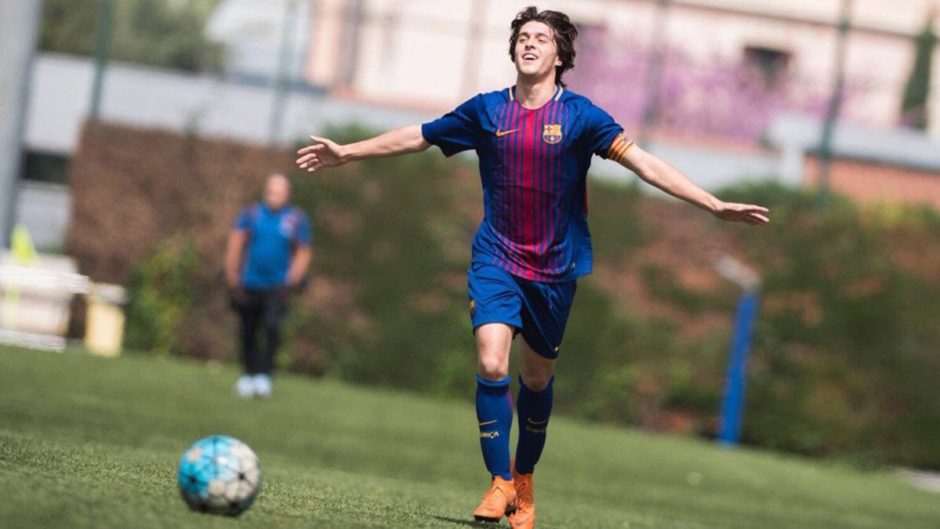 Having only signed for Juventus in July 2018, former Barcelona youth sensation Pablo Moreno has left to try and make his mark in the English Premier League, with Manchester City.

The deal was worth around 10.5 million euro to Juventus, including the arrival of 19-year-old Felix Correira, in return. Moreno made the difficult choice to move after failing to secure any first team action since his arrival at Juventus. He was courted by Manchester City as they try to build on their strengths. This should not be difficult as, despite losing the Premier League to Liverpool this season they still rate highly with the experts and with betting sites like Comeongaming.com where they are always short odds for a win.

Moreno failed to make a mark at Juventus

Although Moreno arrived at Juventus from Barcelona with a good reputation, he did not really have an opportunity to shine. He failed to make a single senior appearance.

Despite spending valuable time learning from the magician that is Ronaldo, he failed to really flourish at the club. It was time for him to move on.

Will the move be the right choice for Moreno?

Moreno has signed a four-year contract with City and is hoping that the move will be a real boost to his career. He is due to start his life away from Juventus with a tour of the Etihad Campus and a meeting with City boss Pep Guardiola.

There is certainly some excitement at the club around Moreno’s arrival but will he make any more impact than he did at Juventus where he was virtually ignored by Maurizio Sarri, despite impressing for the youth team.

The truth is that Moreno will face a competitive environment where many young players have been bought with the hope of developing them. It could be that he will have a loan spell with Girona in Spain’s Segunda Division, as a starting point. This has been a familiar path taken by players from Manchester City.

It remains to be seen what City’s plans are for Moreno. It’s probably too early to tell. What is certain is that getting into the first-team squad at the former Premier League champions is a difficult task. Although, this may be a good time for a young player to make an impression with Sergio Agüero likely to be headed out of the door when his current contract ends.

Of course, Juventus fans will not be too concerned about whether Moreno has made the right choice for himself. They will be more concerned about the young and promising players who are still at the club, in the youth team and at the academy. After all, they represent a major part of the future of the club.

What may become a concern is if Moreno does fulfil his early promise at Barcelona and become a major star. Only time will tell if Sarri will live to regret his decision to sell the player.