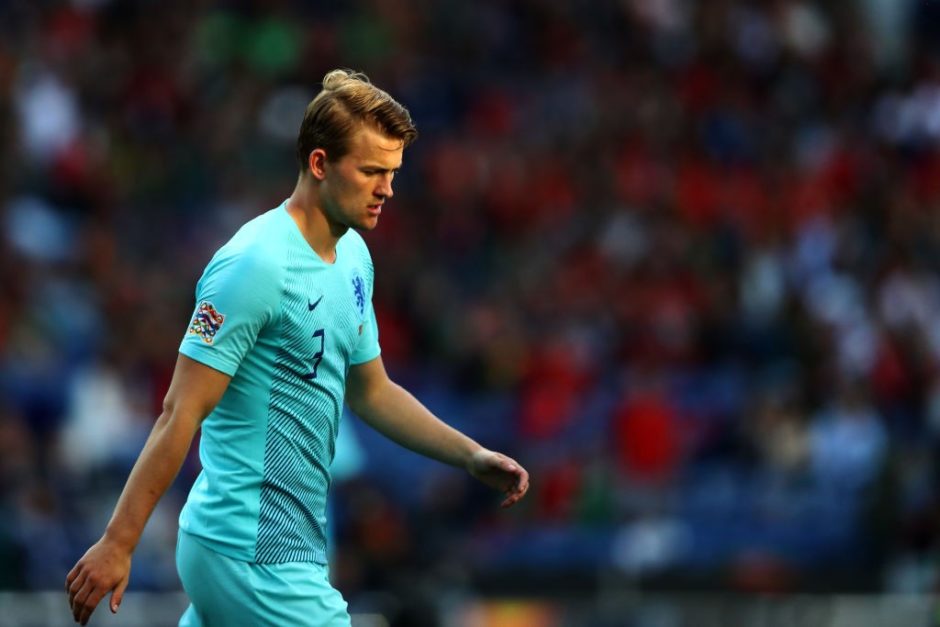 Marcello Lippi believes Matthijs de Ligt is “the player who would be the best signing for Juve” and reveals he turned down the chance to coach Roma.

The legendary Juventus coach gave a lengthy interview to Tuttosport and began with the impending transfer of De Ligt to Juventus.

“I believe that the player who would be the best signing for Juve would be De Ligt,” Lippi told Tuttosport.

“I think he is really strong. He’s physically imposing and has great football intelligence, he gives you a good balance, is technically strong and also scores a lot of goals.

“Comparisons? There is no need for comparisons, but I’ve seen plenty of greats, like Alessandro Nesta, Franco Baresi, Paolo Maldini, Ciro Ferrara, Fabio Cannavaro, and Marco Materazzi. I’ve never seen anyone like that at his age.

“Juve with De Ligt would make a further leap in quality, putting him beside Giorgio Chiellini and Leonardo Bonucci would be the key to making a strong Juventus even stronger.

“They would be capable of achieving any target, even the Champions League.

Attention turned to report that Lippi turned down the chance to coach Roma in recent weeks.

“I was close to Roma several times in my career, including recently. I was about to go there when Eusebio Di Francesco was fired.

“They called me and asked if I was available to be the Coach of Roma, but I said no. I thanked them, saying that my time in club football is over. After China, I am going to retire.

“I did know how unhappy Francesco  Totti was. We speak often, as I have a special rapport with him. I believe a club ought to build around people like that, who have genuine love for the shirt. His experience would’ve been important for Roma going forward.

“Sarri? I think that the basis for it was above all the desire to change philosophy at Juve and give new motivation to everyone after eight consecutive Serie A titles.

“Sarri is a Coach who gets his teams playing good quality football. It’s one of the most complicated things, to play one or two touch football, but he does it splendidly.

“Now that’s no longer enough, he also has to win. I believe he’ll do very well at Juve, but one can never take victory for granted.

“I absolutely do not think Sarri went to ask Cristiano Ronaldo where he wanted to play, as centre-forward or winger. He went there to talk about football, just as I did with the leaders of my teams. It’s normal.

“It might be more entertaining watching Lionel Messi, but Ronaldo is unique because he can score in any way: acrobatic volleys, headers, from distance. In any case, they are both immense champions.

“Buffon returning to Juve ? I can’t judge if it’ll work or not, but all I can say is that Buffon is such a wonderful, transparent person that anything he decides to do, he’ll find me ready to shake his hand.”