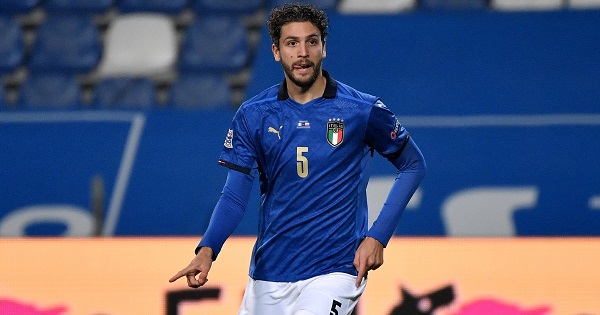 Locatelli insists he always wanted to play for Juventus

Manuel Locatelli has insisted that he has always been a Juventus fan as he prepares to face AC Milan in his next league match.

The Italian midfielder came through the ranks at Milan before he moved to Sassuolo to develop his career further.

He was in fine form for the Green and Blacks and built an international career for himself with the Italian national team.

They won Euro 2020 and he turned heads with his fine contribution to the achievement.

Juventus eventually moved for him after he returned from the competition and the midfielder is expected to become a key part of the Bianconeri in the next few seasons.

He will face his former club Milan at the weekend in Serie A and he spoke about the game.

The midfielder insisted that he may have come through the ranks at Milan, but he always supported Juventus from his childhood days.

He will now look to help the Bianconeri get one over their big rivals.

He said as quoted by Calciomercato: “It will be a particular emotion, now I am in Juve which is the team I wanted as a child. Difficult game but we are Juve and we play at home. The goal is to shorten and win. Let’s recover our energy and go to win.”