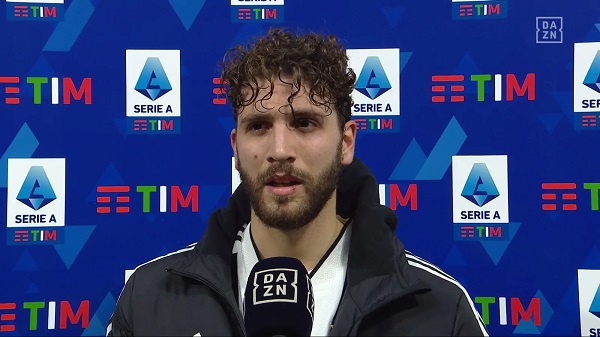 Juventus midfielder Manuel Locatelli has revealed how much of a Bianconeri fan he is after sealing a dream move to the club last season.

The midfielder was one of Italy’s best players at Euro 2020 and Juve fought off serious competition from Arsenal to add him to their squad.

The Bianconeri have since been enjoying his talents, and he did not even consider the offer from Arsenal when deciding to leave Sassuolo.

This is because he is a lifelong Bianconeri fan like most of his family and reveals his childhood home was filled with pictures of former Juve players who were his idols.

“Anyone who knows me will say I’ve been a Juventus fan since birth, like the rest of my family, and I remember telling my agent that one day I’d have to join the Bianconeri.

“My childhood bedroom still has posters of the old Juventus players on there. My idols above all were Alessandro Del Piero and Pavel Nedved, so much that I showed Nedved the pictures of my room when I had the meeting to arrive in Turin.”

Locatelli has been a key player for us since he moved to the club and continues to prove he truly loves to wear our white and black, which is impressive.

He is still very young and we expect him to become much better than he is at the moment, considering the early promise he showed at Sassuolo.