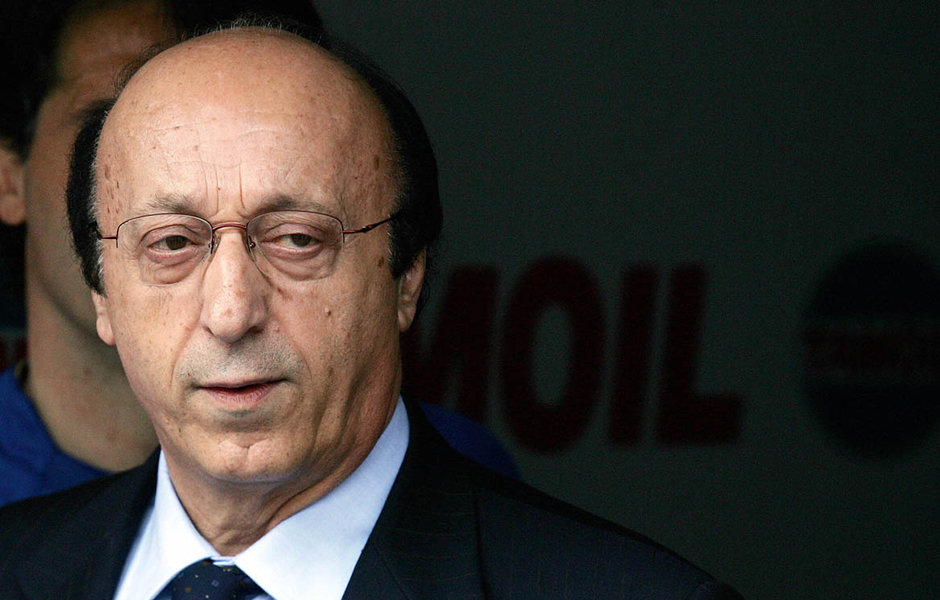 Luciano Moggi, a name that divides Juventus fans like no other. Some sections of the Juve faithful almost deem him a demi-god, a man who played an instrumental role in turning the club into a footballing superpower for over a decade. To others he will be forever linked to the events of 2006 and viewed as bringing shame upon the club (which isn’t entirely accurate, but that’s for another time).

Moggi’s ability to play the mercato has become the stuff of folklore in the Italian game; his name is synonymous with unrivalled success. Who else would genuinely propose swapping 3rd choice goalkeeper Fabian Carini for a world-class defender in Fabio Cannavaro with a straight face? And outrageously still, pull the deal off?

For the twelve years he was at the club, he played the buying and selling of players better than any individual. He likewise kept the balance sheet healthy as the club was self-sustaining during the majority of his tenure. If there had been a Ballon d’Or for sporting directors during that period, he would have won it every single year.

The hapless Alessio Secco, who succeeded Moggi, and now Beppe Marotta have inevitably (and unfairly) been compared to him. In recent times, when Juve has missed out on a world-class player, you nearly get the sense some Juve tifosi are collectively whispering ‘’Moggi would have signed him’’.

Maybe they’re right, but one has to bear in mind that Moggi presided over Juventus in a different era, one in which Serie A was still considered an elite league and Juventus as a brand wasn’t severely damaged (alleged doping aside).

Players were more willing to come to Italy in Moggi’s era than they currently are, which gave him a big advantage in comparison to his successors.

Yet everyone is fallible, Moggi had a great track record but it wasn’t impeccable. From buying Edgar Davids from Milan in December 1997 to that summer of 2001 when Gigi Buffon, Pavel Nedved and Lilian Thuram arrived, he went through a barren spell where he bought more duds than successes, and often at big expenses.

In the summer of 1998 he didn’t make any major signings, the club had just come off a very successful season, having won the Scudetto for the 24th time and reaching the final of the Champions League for the third consecutive season.

Yet every summer since Moggi arrived at the club, they had sold players if they felt it made sense on a tactical and business level. Roby Baggio was sold in the summer of ’95, Fabrizio Ravanelli and Paulo Sousa let go a year later, Christian Vieri offloaded in the summer of 1997. Yet the team was always supplemented with players at least equal if not better than the outgoing ones. Moggi and Marcello Lippi had always kept the team motivated with fresh signings.

Back to the summer of ’98, Moggi for the first time didn’t sell any key men. He sold one of the stalwarts of the Lippi era in Moreno Torricelli, however what no one could foresee was the wheels about to come off Lippi’s all-conquering Locomotive and by January 1999 with Juve struggling to come to terms with Del Piero’s injury and languishing in 7th position, Moggi decided to open his chequebook.

In came Thierry Henry and Juan Esnaider for a combined fee of approximately £15million in a bid to reinvigorate Juve’s season. However nothing could stop the decline, with Lippi resigning in February ’99 after a home trashing by Parma, signalling the end of a glorious era. The Bianconeri finished in an embarrassing 7h position, the clubs’ worst position in eight years.

Ahead of the 1999/00 season, with Carlo Ancelotti now the manager, Moggi made numerous signings in an attempt to regain the title. The biggest purchase was Darko Kovacevic who was signed for €17 million to add competition for Pippo Inzaghi. The Nigerian powerhouse Sunday Oliseh joined for €10 million to offset the departure of Didier Deschamps.

Gianluca Zambrotta and Igor Tudor were purchased for around €11.7 million and Edwin van der Sar was signed on a free transfer to replace the outgoing Angelo Peruzzi, who wanted to follow Lippi to Inter for €19 million.

Thierry Henry decided after six turbulent months that life at Juve wasn’t for him and departed to join his mentor Arsene Wenger at Arsenal. In an interview years later, the Arsenal legend claimed it was because of Moggi that he left, saying ‘’I left Juventus because of a lack of respect on the part of Luciano Moggi’’.

With Henry’s decision made, ‘Lucky Luciano’ showed once more just how shrewd an operator he was in the transfer market, making a small profit on Henry regardless of the fact that he only featured in sixteen games for Juve in the latter half of 1998/99 season. Selling him to Arsenal for £11.5 million.

Ancelotti’s first full season would go down in infamy as the Scudetto Juve lost in a deluge of rain in Perugia on a dramatic final day of the season to Sven Goran Erikson’s Lazio. For the second season running Juve would finish trophy less as they got dumped out of the UEFA Cup after being mauled in the fourth round by Celta Vigo.

The first summer of the new millennium brought a renewed sense of enthusiasm for La Vecchia Signora. The biggest signing the club would make in a truly extravagant summer of transfers between Serie A clubs was David Trezeguet, who signed from Monaco merely days before scoring the golden goal against Italy to win Euro ’00. He, like Darko Kovacevic before him, was brought in to bolster the forward line and to give competition to Pippo Inzaghi.

There was also hope that Alessandro Del Piero would recapture his confidence of old, which at this point was lying in pieces scattered across the Feiijenoord Stadion in the aftermath of the aforementioned final. Throughout the previous season Ancelotti had steadfastly kept faith in him despite his performances ranging from average to poor.

Departing for Borussia Dortmund was Sunday Oliseh, who after only one season and eight league appearances unsurprisingly couldn’t find a way past Edgar Davids, Alessio Tacchinardi and Zinedine Zidane in central midfield. Little remembered Zoran Mirkovic also left for Fenerbache.

Fast-forward ten months, and with yet another underwhelming and eventually trophy-less season assigned to history. Moggi decided that a mini revolution at the club was drastically needed after three seasons without winning any silverware.

Out went the unfortunate Ancelotti, who made way for the returning Lippi after his Inter stint ended shorter than expected. Then came his greatest hour.

Veronique Zidane after five years had become dissatisfied with life in Piedmont; she wanted to move to somewhere more aesthetically pleasing than Turin. This set in motion a chain of events which ultimately saw her genius-yet-temperamental footballing husband move to the Spanish capital.

Zidane was the world’s best player and Moggi intended to squeeze Madrid for every last Peseta, and that he did. Before the £46 million transfer was complete, he additionally sold Pippo Inzaghi to rivals Milan for around £17 million after Inzaghi couldn’t handle the competition from Trezeguet and sought newer pastures.

With the Zidane and Inzaghi money nestling safely in the club’s account, he set about reconstructing the team.

The soon-to-be celebrated trinity of Pavel Nedved, Lillian Thuram and Gigi Buffon all arrived and the Chilean ‘Matador’ Marcelo Salas (with Kovacevic going the other way) was obtained to replace Super Pippo.

Likewise heading for the exit was Edwin van der Sar, seen by many as a huge flop during his two season stay in Italy. Much was made of Moggi paying a world record sum for a goalkeeper in Buffon – which never looks like being surpassed – but thirteen years of exemplary service later it’s regarded as a bargain.

The team now strengthened in every key area, Juve were now a better team overall and would win the Scudetto for the first time in four years on that infamous 5th day of May. Moggi was vindicated in selling Zidane.

A sporting director ultimately lives and dies by his record in the transfer market, his successes and failures. It is somewhat harsh as some players who seem guaranteed successes fail for whatever reason (Salas/Oliseh) and players who aren’t expected to succeed surprisingly do just that (Tudor).

Looking over his entire reign at Juve, Luciano Moggi bought more hits than disappointments. It’s easy to reminisce and point to Zidane, Buffon, Nedved, Trezeguet and so on, but there was also Kovacevic, Athirson, Gladstone, Blanchard, O’Neill, Bachini, Esnaider, Salas and many more players who failed to perform in the black and white.

The summer of 2001 restored the fans confidence in him and three years later his legend skyrocketed into the stratosphere when Zlatan, Emerson and Fabio Cannavaro all arrived, but one mustn’t forget his annus horribilis period from 1998 to 2001.

What’s the point of this piece? To show that every sporting director can’t always get it right, they all have their failures, even the best suffer, and the best Moggi certainly was.