Buffon – Outstanding. After his recent mishaps (2 in 15 years) it is a sign of his galactic prowess to deliver a match winning performance in which he was simply unbeatable. In a game with chances few and far between, Santo Buffon made several world class saves to keep his side in the tie. A legend, for now and always. 9

Barzagli – Back to his best, zero mistakes, strong in the tackle, covered superbly and his ability to organise and read the play remain second to none. 9

Bonucci – Absent of the wretched grab and hug foul which led to the penalty, Big Leo was superb throughout. 7

Evra – Asked to perform a different role to his normal fare and stuck to his task with maturity and bite. 7

Alves – He has grown on me and his defensive nous is far superior to what I had previously considered. His experience is vital in tough games such as this and he held his own with aplomb against far more spritely upstarts. 8

Dani had a fine game in a tough encounter.

Khedira – Largely anonymous, which is a bother in such an important match on the big stage. To his credit he kept on plugging away yet found it hard to make his presence felt. 5.5

Lemina – Our form picked up earlier this campaign when we stopped asking him to play in a role which is not just unfamiliar but also not at all commensurate with his talent, which is there, but is clearly to be found when placed in an attacking midfield role, not as a defensive, ball playing regista. His yellow cards were a sign of immaturity and perhaps frustration. And the fact that we looked barely different – aside from sitting deeper – after his silly dismissal proves the point that we were yet again carrying the youngster. He also needs to get rid of the appalling tash. 4.5

Pjanic – Found it too tricky to get involved, with no space afforded and barely any options to seek out when he did find the ball at his feet. We need more from him if we are to prosper when facing stiffer challenges. Though stronger sides will afford him more space. 6

Sandro – Strong, adventurous and intelligent, Alex continues to impress me and given his age, we really do have a class player in our ranks with plenty of room to further develop. 7.5

Dybala – He was clearly targeted, crunched many times by many players, and found no joy whatsoever against a physically robust, well marshalled defence and midfield determined to hustle and refuse us any space in the final third. Much to learn. 6

Higuain – Despite the counter-attacking blockade faced, the big fella up top managed to find a couple of solid chances and kept the opponents close to honest. 6.5

Cuadrado – This is exactly how he should be used. Namely, as an impact sub, for his haphazard trickery and shooting in the final third is a wild card, which rarely comes up trumps, but when it does…it is often to achieve important goals. And this one could prove gold dust. Whilst he is often an irritation to endure, this was a performance which gave everything we could ask of any player. Coming on late, earning a yellow for another defender then smashing a wondrous strike into the roof of the net, through the keeper, for what proved the winner. Well done Juan! 9 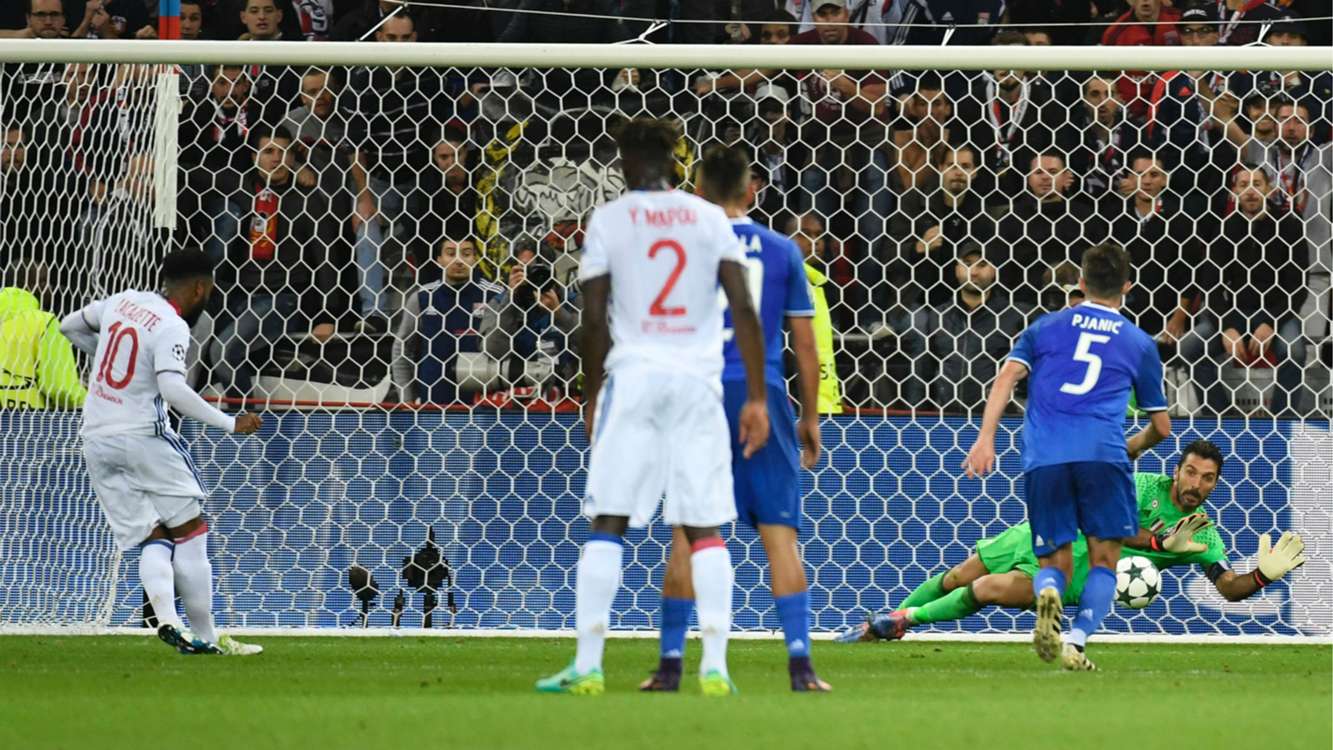 Man of the Match – Buffon.

I cannot help but smile towards Allegri, for he takes so many risks yet maintains a poker face. The bastard is having fun with his work! Why the hell play Lemina in the one role where he has appeared poor in every outing? Which didn’t seem to matter too much for a fair while for we hit the ground running and took the game to the home team. Yet still I remain perplexed, for he is making matters harder than they need be, given our resources. Hernanes proves his worth in the role, and is then dropped?

Lyon set out to counter-attack. Sit deep, hope for opportunities on the break, which did come, but for the whole defended resolutely and in great numbers. It is one of only two games this season in which the opposition created nearly as many decent chances as ourselves. The difference was not just the decent strike by Cuadrado, but mainly Buffon who was in imperious form.

A quick note on the home fans who when finding their side in the ascendency, playing 11 v 10, whistled, booed and threw bottles at Dybala. Idiocy personified through mass hysteria.

We were nowhere near our best, yet against teams of a decent yet inferior level, we must learn self restraint and patience, which is tricky with the selection changing game to game, for the players have to restart every match, seek cohesion, learn where the runners are heading, combine, mesh, try to become one with each other. I understand Allegri’s thinking, yet rarely agree, for had we played Hernanes instead of Lemina, such was our dominance until the red card, I believe we would have won more comfortably. Regardless of such pondering, we achieved the victory and learned much.

What I did admire of Il Mister was that when we went down to 10 men, he barely flinched and then waited for what seemed an age before making any subs. This showed confidence, which will have been translated to the players. He obviously felt we remained very much in the game and was merely waiting to adjust as he saw fit to offer greater opportunity to find the result we sought and needed. And he was Right. 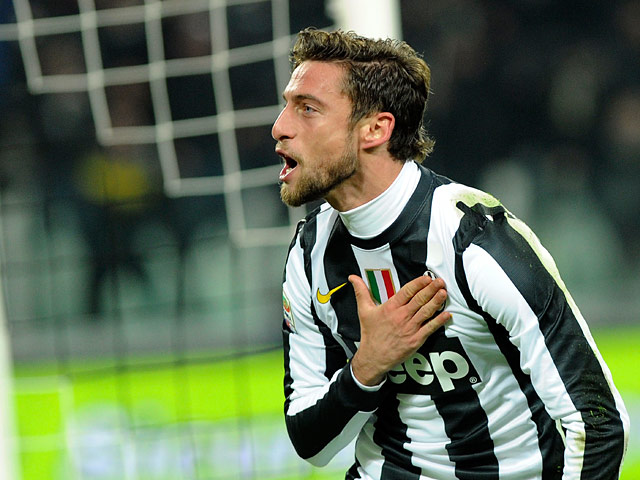 The return of Il Principino is coming at a timely juncture…

The biggest challenge this year is not who we face, but organising the troublesome midfield. It is looking likely we will get through the group stage, and then have a few months to gain some momentum, reintegrate Marchisio and Sturaro and hopefully start to fulfil the staggering potential of perhaps the most talented squad we have had since 2006.

This was no memorable outing for many of our players, yet what I was impressed by, was our hunger and desire, and also our grinta. And no matter how much I can criticise Allegri, results and standings prove that he is doing a sterling job in a tricky period. Top of Serie A by 5 points and top of our champions league group, we cannot ask for more…

Since his return from an ACL injury last weekend, Luca Clemenza has scored three in barely 30 minutes of football…

NB. The U19s won their UEFA Youth League tie 0-3 away to Lyon. Kastanos missed a penalty with a jolly attempt at a panenka. Caligara then thundered in the opener from 20 yards out, Zeqiri missed a golden chance to make it 0-2 with Leris soon after scoring a wonderfully improvised volley from close range. Clemenza, still on the comeback trail, appeared late on and was involved in a beautiful passing interchange which led to a tap in from his own tidy lower paws for 0-3. For the first time since the competition was launched, we find ourselves topping the group, perfectly poised to progress to the knock-out phase.