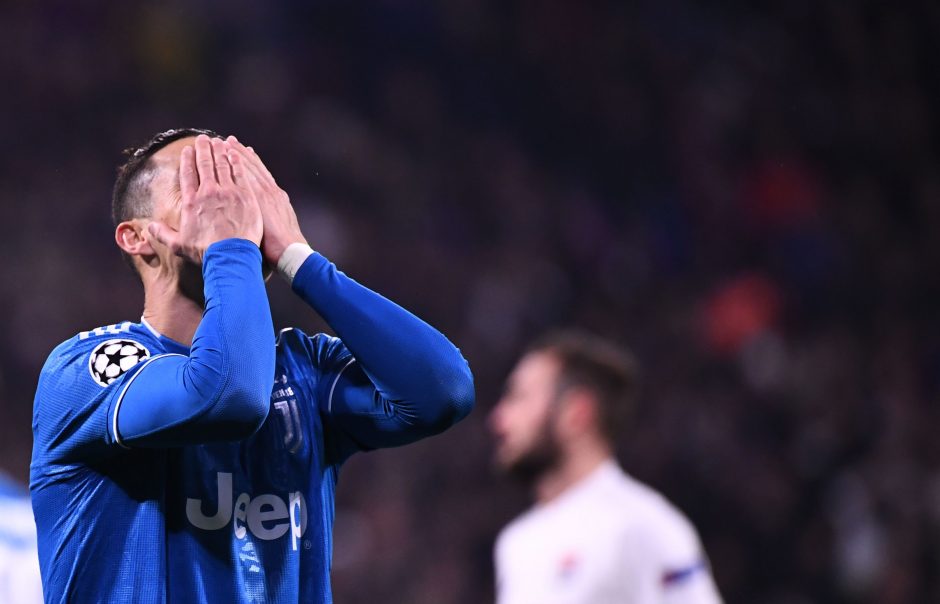 Juventus were shambolic and devoid of ideas as they slipped to a 1-0 defeat to a resolute Lyon side in the Champions League last 16.

Tek: Tested early in the game with the shot thankfully coming off the crossbar – Beaten by some clever work from Tousart for Lyon’s opener but had little to do thereafter.  5.5/10

Danilo: Weak and largely anonymous for the entirety of the first half. Marginally better in the second, but thats not saying much. 5.0/10

Leonardo Bonucci Prone to mistakes and looked shaky from the outset as Lyon pressed.  5.0/10

Matthijs De Ligt: Made a vital clearing header in the opening exchanges and was off the pitch when Lyon went ahead. Pushed up and tried to help Juve create something as the game came to a close. 6.0/10

Alex Sandro: His crossing was pretty hit and miss and while he got in a tackle or two, he was poor overall. 5.0/10

Adrien Rabiot: Woeful in the opening half as he strutted around the pitch with no real idea of what to do. No real improvement in the second half as he was pressured off the ball all too easily by the Lyon midfield. 4.5/10

Miralem Pjanic: Dreadful. Had absolutely no presence on the pitch, wasteful with the ball and looked off the pace from the first minute. Rightfully substituted. 4.0/10

Rodrigo Bentancur: So poor on the opening goal, had to do better. Moved deeper when Pjanic went off but still struggled. 5.0/10

Cristiano Ronaldo: Whipped in a couple of good crosses, got into the right positions when he did get the occasional cross or pass, but the team expected too much of him with little to no creativity. 6.0/10

Paulo Dybala: Only started playing in the second half and probably should have done better with the one chance he did get. 5.5/10

Sarri: ‘I can’t get the players to understand’