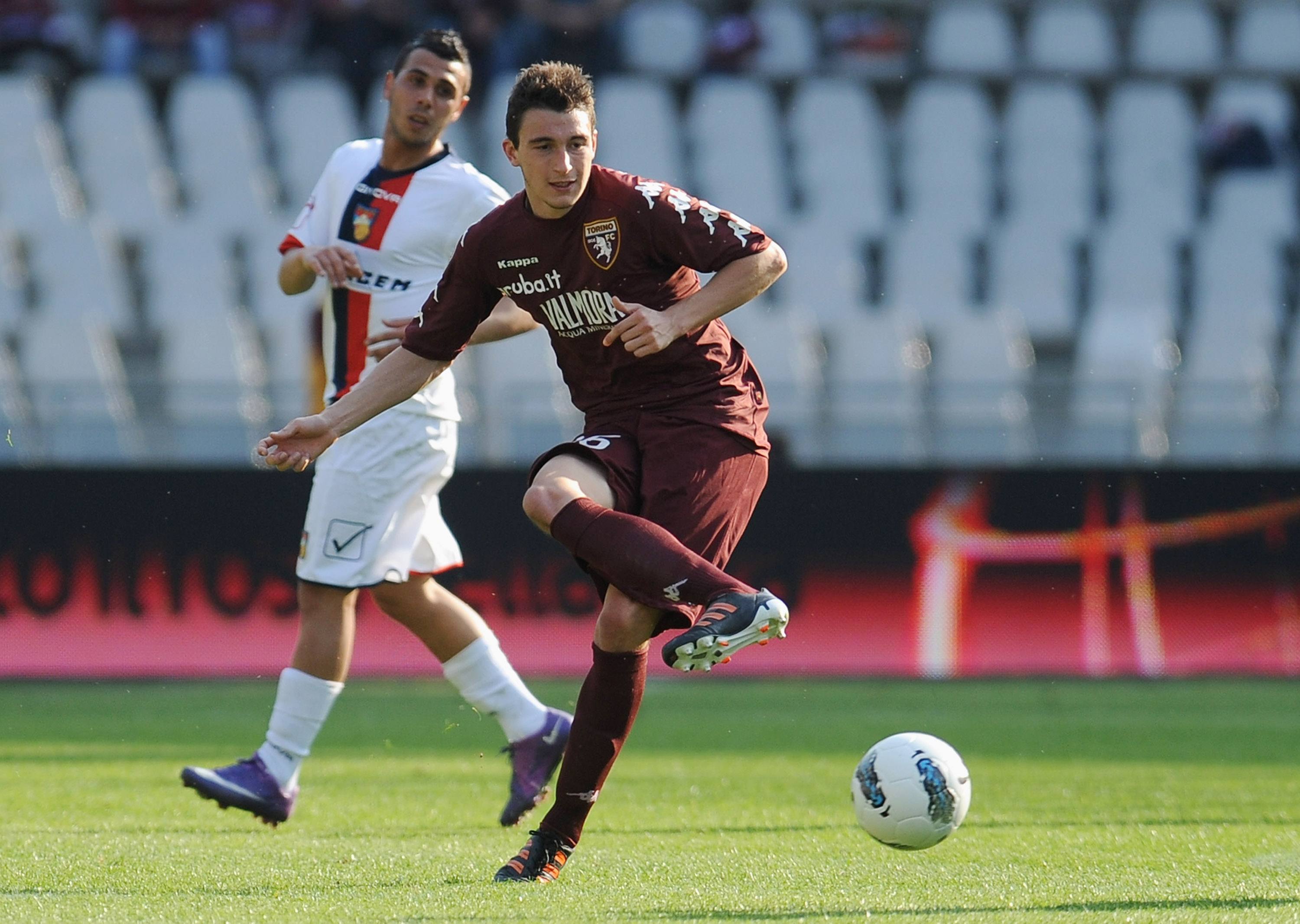 The editor in chief of this site allowed me to do write some stuff on the National Team because, you know, the World Cup is coming and we have that only once every four years, so it’s a big deal. Prandelli has named the provisional 31-man list and there was one blatant surprise.

Like everybody, I was surprised by that choice, but, all things considered, it makes a lot of sense.

The fullback department is the weak link of the recent Italian history. Mattia De Sciglio is really the only one who can become a big time player, the others are average at most. Domenico Criscito, who was surprisingly excluded, is not a top tier talent, but he gets the benefit of the doubt because, all in all, very few of us follow the Russian League. Prandelli is biased against players who plays abroad, but Criscito’s performances with the NT have been nothing special.

It’s not clear how things will work out: Prandelli has called up 10 defenders and the group will be reduced to 8 or more likely to 7. One between Ranocchia and Paletta will be cut. De Sciglio will be in Brazil, thus we’ll have Ignazio Abate, Christian Maggio, Manuel Pasqual and Matteo Darmian fighting for two or three spots.

At age 32, Pasqual didn’t reached the heights he had last season. In 2012/2013, he was magnificent (43 apps, 3 goals, 7 assists), this year, not so much (35 apps, one goals, four assists). At times, it looked like the mileage was starting to take its tool on him, he was not the usual Stakhanovite. Anyway, some thinks he will be in Brazil because Prandelli will bring one lefty fullback, and Pasqual is the only one.

This leaves Maggio, Abate and Darmian battling for one spot. Christian Maggio has been a regular under Prandelli, despite the fact that he is not entirely suitable to a four-man defense. He had a so-so season and comes from a scary injury, a collapsed lung. I think that for some weird reasons, Prandelli loves how Maggio plays, but fitness is a serious concern.

Abate started well, then sprained his ankle and was benched more often than not in the second part of the season. In some games, Seedorf even picked Bonera over him. He played only half of the Serie A games this season. Defensively he has been always a bit shaky and never really found his rhythm in 2014.

Matteo Darmian, instead, played all the games but one, where he was suspended, and he was subbed off only once all season. That’s great continuity and durability. After the injuries to both Masiello and Pasquale, he spent a lot of time playing on the left flank, showing his versatility, which is a useful tool in a competition where you have a limited squad. He has no NT caps, which makes his inclusion very difficult.

He has not suddenly became a star, but he has been very reliable. I’m a Padova season ticket holder and five seasons ago, Darmian was loaned here (by the way, Padova is a great place for unproven youngsters, like Mattia Perin, Giulio Donati, Giacomo Bonaventura and Stephan El Shaarawy prove). He was still a tweener as he hadn’t figured out yet whether he was a CB or a RB in the pros. He was too thin to play in the middle, but also not fast enough to play in the flank and really tentative going forward.

He has come a long way. He is a perfect exponent of the Serie A middle class. Now he plays with confidence and especially with smartness. He rarely outrun his opponents, but he often finds enough room anyway to do the plays a fullback is supposed to do. He is very good in defending, extremely solid and diligent. He is never going to be flashy, but you know he won’t make any major blunder. You can count on him.

In year 2014, that is enough to make it to the Italian World Cup roster. He has had a better season than Abate and Maggio have and he can play on both flanks, which would allow Prandelli to call only three fullbacks (De Sciglio, Pasqual, Darmian) and have some more depth in other positions. Even if he is indeed called up, he will probably end up not playing any minute, but it would be a nice recognition for a player who has been busting his butt for the past three years at Torino, barely missing any game.

Quick thoughts on the other duels.

Prandelli needs to cut eight player. Antonio Mirante is the first one.

I thinks these are the battles:

Paletta-Ranocchia: Ranocchia has played very well in the last month and a half, Paletta has played well all season but a not very good in the final games. Paletta played great in his only match with Italy, I’m leaning towards him.

Aquilani-Verratti-Romulo-Parolo for two spots. It is reported that Romulo has very big chances to go to Brazil as the Federation’s officials did everything they to speed up the paperwork to make him available for Italy. Let’s look at the numbers. Aquilani: 43 apps, 7 goals, 5 assists; Verratti: 43 apps, 8 assists; Parolo: 37 apps, 8 goals, 7 assists; Romulo: 32 apps, 6 goals, 8 assists. They have all had good seasons, but Parolo stands out. Montolivo should really be the one to be excluded, but Prandelli has a big crush on him and he will be on that plane.

Verratti could be an interesting and I would like to see him at least in a friendly in Prandelli’s customary awkward 4-3-1-2 in Montolivo’s place behind the strikers. Beside the fact that he gets booked all the time and whines too much, there is really not much else not to like in Verratti’s game.

Probably Prandelli would trust the player he used more, Aquilani, and Romulo, if they really accelerated the procedure to make him Italian.

Immobile-Destro: Ciro. Destro might be the most cynical striker in Serie A, but Immobile deserves it more, even if I don’t know if he fits well in Italy’s system. However, he is playing out of his mind and his foot is like Kind Midas’ hand right now.

Insigne-Cassano: there is room for only one fantasista. Insigne hadn’t had that big of a season (9 goals, only 3 in Serie A, 10 assists), but he finished really strong. He is talented, no doubt about that, but he is not consistent. I don’t think if re-calling Cassano only to cut him fifteen days later would be a smart move. Fantantonio gets my pick.

Rossi: he has recovered, he has a month to get in game form. He unfairly missed the 2010 edition, he has to be in Brazil.

But boy, it would be nice to see Darmian in Brazil.