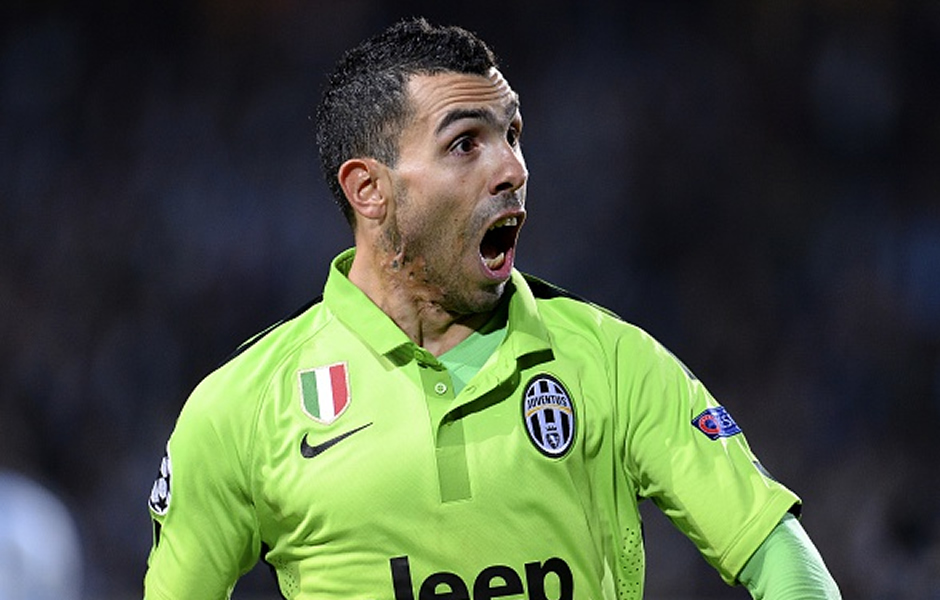 With their destiny in their hands, Juventus got it done. They still have to wrap things up versus Atletico before they qualify, but today they traveled to Sweden and beat Malmo 2-0. This was their first away win in Champions League since the Celtic fixture in the 2012/2013 season. On a similar note, Fernando Llorente’s opening goal was Juve’s first Champions League away goal this season. It only took them 32 shots on target to get that goal, by the way.

Despite the firm final score, the game did not start well for Juventus. Perhaps it was the pitch, but they didn’t have much possession in the first half, they didn’t make many ventures into Malmo’s 18 yard box, and they weren’t very threatening when they did. Claudio Marchisio had a pair of chances – with one of his volleys being barely deflected by Malmo keeper Robin Olsen. Olsen would go on to save several more Marchisio efforts, though they varied in quality.

Juve’s attacks in the first half were hampered by a few things. The pitch didn’t help, but that was just a small part of it, and by the second half it seemed the players had become accustomed to it. They were slipping a bit – but not falling – in the first half, this slowed down greatly in the second half. Rather, their attacks out wide weren’t being very successful. Simone Padoin, who ended up having a decent game, wasn’t getting into the right spaces in attack, and he was often sticking to close to the ball carrier on left-sided attacks.

Malmo, for their part, had three somewhat dangerous chances in the first half. One ended up in a dangerous shot, but ultimately the angle was too narrow and the ball hit the side netting. The other two, thanks to quick thinking by Juventus defenders in the last seconds of play, were counter-attacks that started as threats but were quickly reduced to poor shots.

The second half began and Juventus immediately were an improved side. Whatever happened in the changing room at half time, it needs to be repeated for every match. Three minutes into the half, Claudio Marchisio fed the ball to Fernando Llorente on the left side of the 18 yard box during a breakaway of sorts. Llorente, who had outpaced the opposing centerbacks – granted he had a head start – buried the chance to give Juve the lead.

From there, Juventus kept their foot on the gas for a bit, but ultimately the second half slowed down. Juventus were in control, and there were several scoring chances in between the two goals, but Malmo also made some danger. Still, like in the first half, most of these threats ended with a whimper, or perhaps a strong but poorly placed shot landing in the loving arms of Gianluigi Buffon.

Alvaro Morata, who had come on for Fernando Llorente, nearly scored Juve’s second goal with a point blank effort, but it bounced off the cross bar. A few moments later, Paul Pogba and Carlos Tevez were leading an attack, and Pogba passed the ball to Tevez in the box. Tevez placed a shot to the left of Malmo’s keeper Olsen, and it looked as if it would roll just past the goal. Instead, it rolled into the goal, having been perfectly placed by Tevez to both beat the keeper and keep the goal in between the posts. It was a typical skilled Tevez finish.

With this win, Juventus are in place to qualify for the elimination rounds if they win or draw in the final game versus Atletico. This is no easy task, as Atletico are probably the best team in the group. That said, the gap between the two clubs is very small, perhaps non-existent, and the match is at Juventus Stadium. For now, the team will focus on the upcoming derby della Mole versus Torino on Sunday. 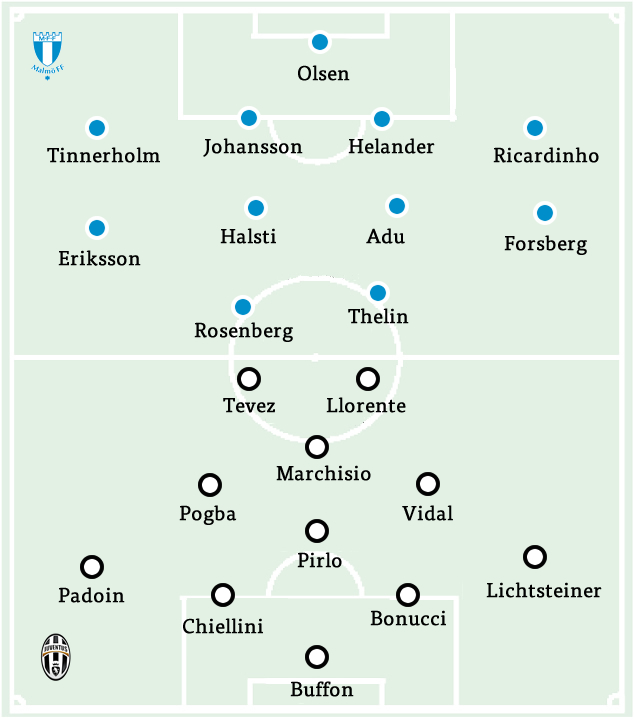