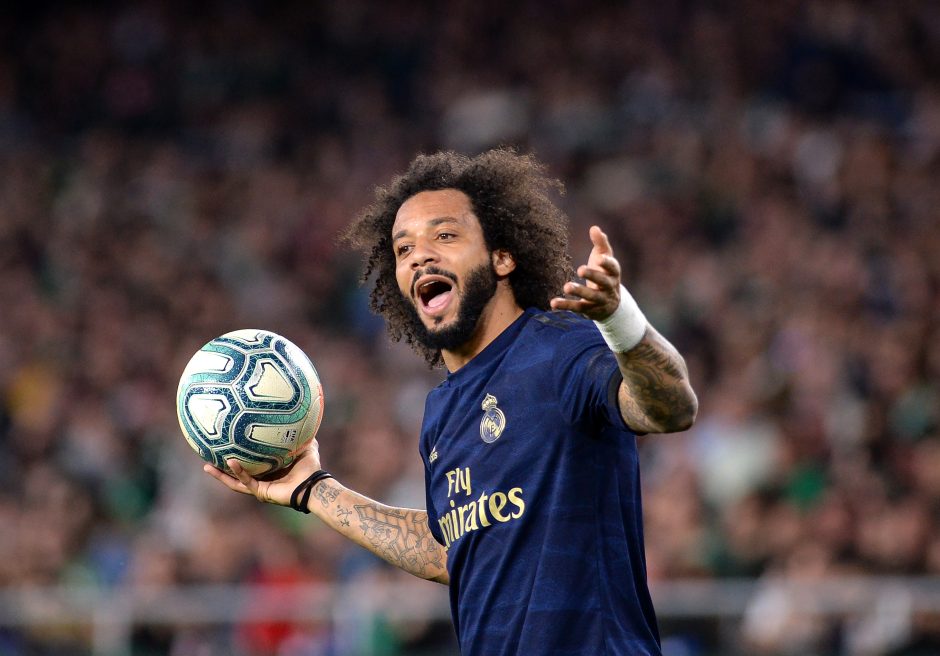 Real Madrid full-back Marcelo joked that some reports had claimed he was already a Juventus player when Cristiano Ronaldo joined the Bianconeri.

The 31-year-old was speaking via Instagram and confessed that he has no desire to leave Real any time soon, despite interest from Juve.

“I don’t want to leave and I don’t think Madrid would let me anyway,” he told Fabio Cannavaro on Instagram.

“I’m really happy here. Since I came here with my family, it’s been incredible. I don’t really know if it’s true that Juve wanted to sign me to be honest.”

Marcelo was closely linked with a switch to Turin two years ago when Ronaldo made the switch from La Liga to Serie A.

“A couple of years ago I heard that I’d signed for Juve, that I’d already pulled on the Juve shirt and that I couldn’t live without Cristiano!

“People invent a lot of things. It was all fine with me, as I saw that some Juve fans quite liked the idea of me joining.”