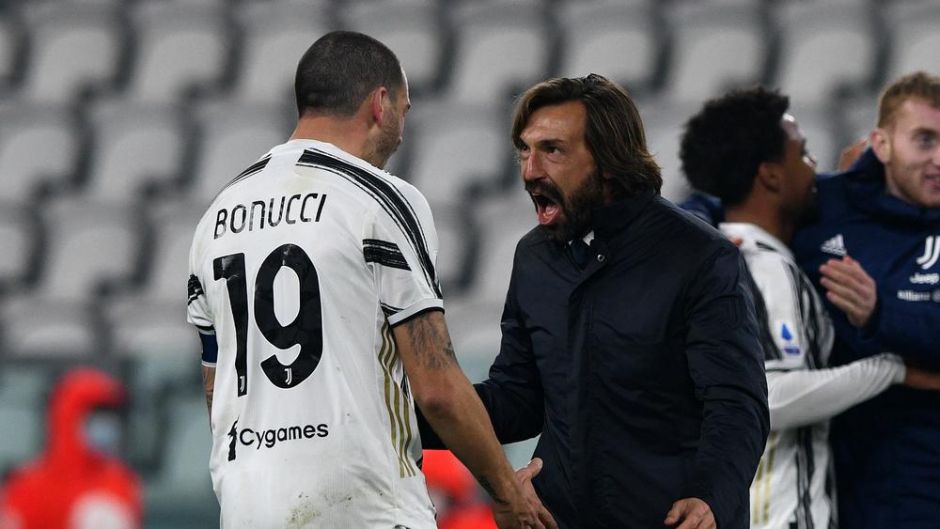 Marchisio defends Pirlo hiring – ‘Everything could take off’

Claudio Marchisio has defended Juventus Football Club’s decision to hire Andrea Pirlo last summer, before opening up on the hurdles which have stunted the club’s season.

The manager took over at the club after Maurizio Sarri was sacked in August, and while his team struggled to win consistently in the opening few months, he did manage to become the first manager to remain unbeaten for his first 10 Serie A matches.

We’ve since fallen to 10 points behind league leaders AC Milan however, albeit with a game-in-hand, and will have to see rapid improvement if we are to reclaim our title as we look to win our tenth consecutive scudetto.

While the manager’s start to life in charge of the famous Black & White has not gone completely smoothly, Marchisio is adamant that the club made the right decision in some tough moments, in the knowledge that the previous manager’s time needed to end.

Marchisio was quizzed in an exclusive interview with TuttoSport.

Claudio was asked to comment on how well he believed the Pirlo project was going so far, to which he replied: “It’s complicated because time is running out and in football, at Juventus in particular, everyone wants results immediately. And January will be a decisive month because if the team collects the right row of victories, then it falls clearly into the championship fight, otherwise it risks being cut off. I still think that Juventus can win, but the risks are many. On the other hand, it was a courageous choice to change coach this season.”

He was then asked if he believed the decision was wrong to hire Andrea, to which he exclaimed: “No! Indeed… I say courageous because in a year in which you cannot train well, in which there is no time to carry out the summer preparation, in which everything is more difficult, even the most trivial situations, well in all this changing coaches is a further complication.

“Although I believe that the decision was dictated by the impossibility of continuing with the previous one due to the relationship with the team. But Andrea’s choice fascinates me a lot.”

“His way of seeing football, something new in Juventus. He has an interesting and intriguing vision, it intrigues me. I think he is discovering the team, but also himself as a coach.

“He has never done it and for how much experience you can have as a player, you pass into another dimension. Juventus are making a generational change, which is a great thing, and they have changed their coach. Obviously a period is needed, not a transition period, but a settlement.

“If he now finds continuity in the results, everything could take off. It will take great unity of purpose in the locker room .”

Having watched every minute of our season thus far, I have definitely seen the team show glimpses of breaking out, and should they find consistency then I cannot see any of our rivals standing a chance.

Have you seen the potential in the manager?