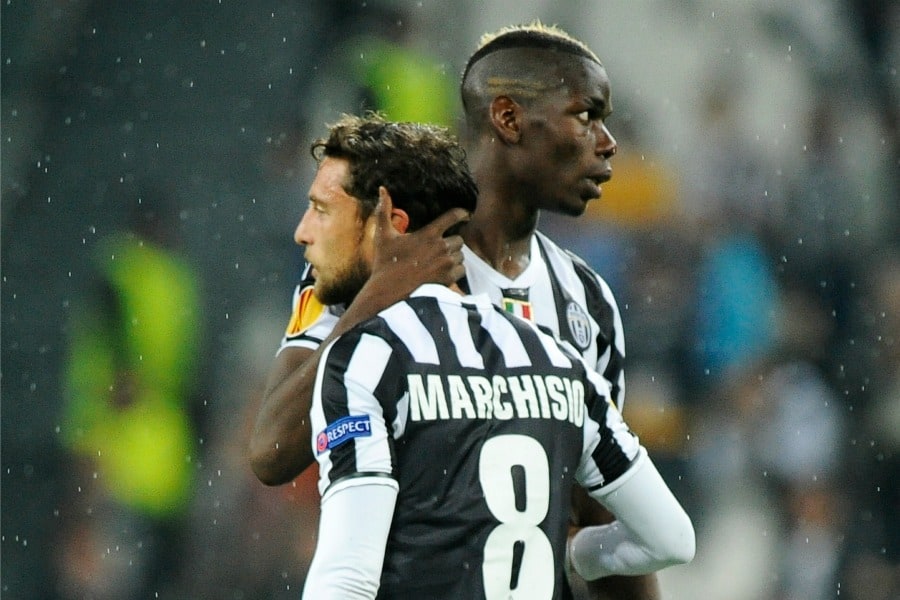 Claudio Marchisio has urged his former teammate Paul Pogba to return to Juventus, with the midfielder struggling of late.

The 27 year-old spent four amazing years in Turin during 2012-2016, helping us to four impressive league title wins, before returning to former side Manchester United where he likely had unfinished business.

Pogba joined Juve for a minimal fee after refusing to sign a new contract amidst Alex Ferguson’s refusal to offer him first-team minutes.

His arrival proved to be one of the bargains of the century as he earned his place in the team, scoring five goals in his 27 Serie A appearances in his debut season, and got better and better as time went by.

We then agreed to sell for a monster fee after four years, with the BusinessInsider stating the fee was as much as 105 Million euros.

Since returning to England however, he has regularly come in for criticism for one reason or another, while his club has failed to return to the heights that once was under Ferguson.

Pogba’s currently sit in 14th place in the division after a rocky start to the new campaign, and the midfielder himself has admitted that he is enduring some tough times.

Paul Pogba to RTL: "This is a period I've never experienced in my career. The French national team is a breath of fresh air… we are very happy to come here. It's not the same as with the club. We all group together, it is magical". [@GFFN] 🔴🇫🇷 #MUFC #France #Pogba

The French national team boss waded in with his comments also, saying: ‘He’s not in his best form, of course. It’s hard to remember to be positive. Obviously, he’s not in one of his better periods.

‘Like all players who have a club situation that is not positive, they are also impacted mentally. I know him well enough and it can happen at some points.

‘We cannot, however, say that he is fulfilled in what he does at his club.’

Our former midfielder Marchisio has also thrown in his opinion by urging him to return to Juve where we can all be happy.

Will Pogba give up on his dream of returning United to the top? Should Juve try to bring him back to Italy in the coming windows?

Fabrizio Romano confirms a number of offers before Morata deal