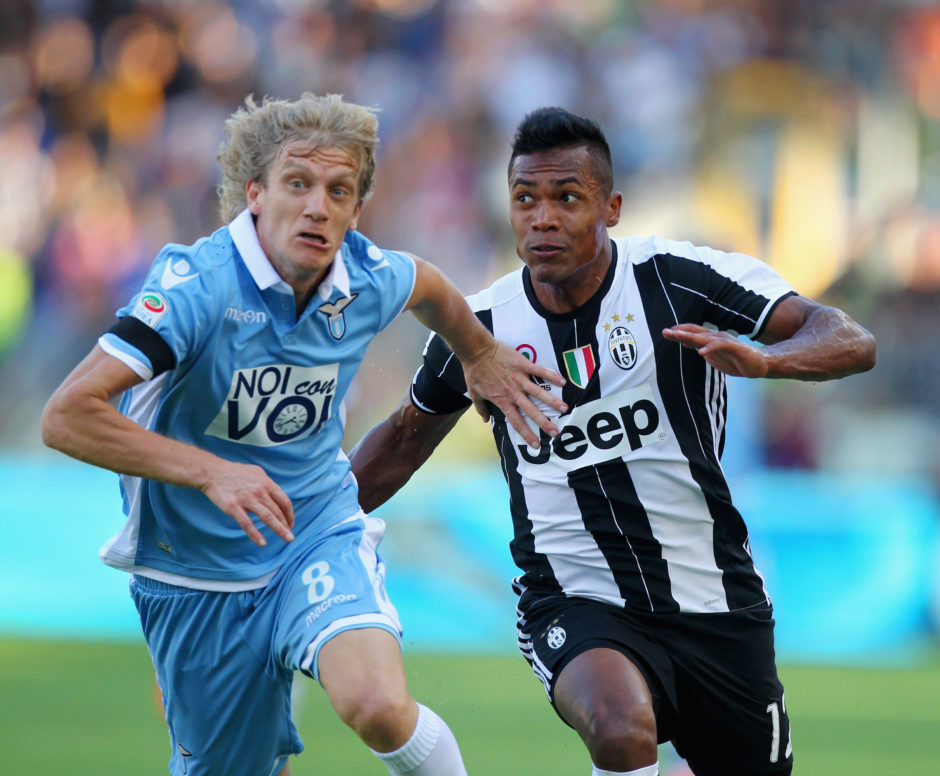 Juventus manager Beppe Marotta has ended the rumours of a possible Chelsea transfer for Alex Sandro.

The Juventus general manager was speaking at the clubs annual Villar Perosa tournament where the youth team takes on the senior side ahead of the start of the new Serie A season.

It’s a stressful market, in general. As has emerged from several parties, there’s a desire to shorten this ordeal.

“What do we need? There are still 15 days to go, anything could happen. We’re calm and conscious of having a competitive squad for the competitions we’ll be participating in.

“We’ll see what happens over these next 15 days but there’ll be nothing fanciful.

“The most certain position? In goal, we’re very happy with who we have between the posts.

“As for the rest, shortening the transfer window would help, saying who will arrive is risky but it’s part of the game. We’ll do our analysis after September 1.

“There are also agents working on the market now, and players who want to change teams the first time they’re left out.

“It’s fair that it be shortened, but we also have to understand that this group, Juventus, is difficult to improve. We start the season without the icing on the cake [the Champions League] but having won the Scudetto and the Coppa Italia.

“Is our cycle at an end? People said it ended after Antonio Conte’s departure, but over these six years we’ve proved that we have a winning model.

“We don’t buy the players the fanbase wants us to buy, our organisation is very valid and we go forward with that.

“The goal could be to close the transfer window when one of the important leagues begins. A lot of players don’t show up for training, there’s intolerance from those who don’t want to remain with their current clubs.

“Football is no longer about club symbols who spend 10 years in the same shirt, but we risk seeing spectacles which have nothing to do with football.

“Neymar? The release clause [€222m] seemed disproportionate to me, but if it had been €300m or €350m Paris Saint-Germain would have paid it.

“It’s part of the game, this is a market where the figures are huge even for medium quality players, because even we don’t know how a player is valued until someone is interested in him.”