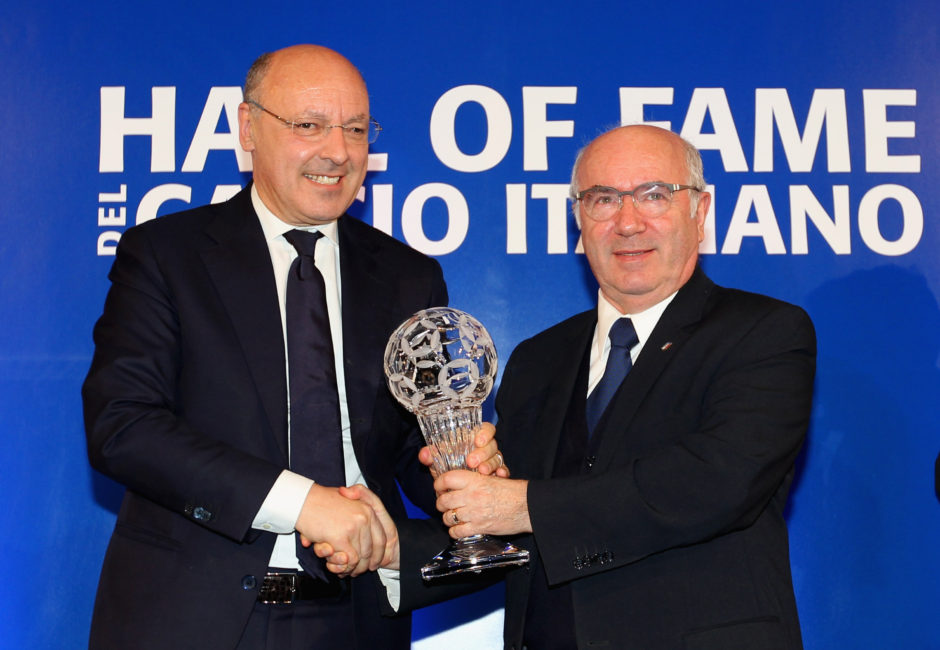 Beppe Marotta says he clashed with Dani Alves and wanted the Brazilian “to show respect towards Juventus.”

The Juve director gave an interview with Il Giornale and recapped the departure’s of Leonardo Bonucci and Alves.

On Dani Alves and Leonardo Bonucci

“Dani Alves was the real surprise, that was a bolt from the blue. He made a choice that seemed to be for Manchester City, then PSG turned up.

“There was a moment where we clashed, because I wanted the professional to show respect towards Juventus.

“I want to point out that Bonucci did not leave because of Allegri. He was not the cause. We were already prepared, because in the discussions a club normally has with its players, Bonucci had expressed dissatisfaction.

“Allegri’s greatest quality is that he knows the club comes first and foremost. I consider the Coach to be part of the directorial staff, as he must be in line with the club’s outlook. A Coach who wouldn’t fit that mould would not find space at Juve. Allegri therefore fits perfectly with our business model.

“It’s a challenge to keep the team fresh and continue to revamp the side. Obviously, part of it is so we can keep a close eye on the financial requirements, but on the other hand we also want the maximum sporting results.

“We’ve only lacked the icing on the cake, but six consecutive Scudetti and two Champions League Finals in three years prove we’ve made the right decisions.”

“Having the Agnelli family at the helm for 94 years gives a sense of belonging. Having an Agnelli as President is an added bonus.

“Andrea Agnelli created a winning model and the core business is football, but you must also have an invisible team behind you ensuring support in all areas. Agnelli had long-term vision with two principles: competence and delegation. Everything at Juve is aimed towards victory.”

On the summer transfer market and Higuain

“With Gonzalo Higuain, we had an opportunity during an historic moment as he left Napoli and we considered it a suitable investment, but you can’t be expected to spend €90-100m every summer.

“The truth is, we defined the Higuain deal before selling Paul Pogba to Manchester United, although obviously that move was predictable and it facilitated our bid for Pipita.

“I do not agree with those who said we overpaid for Blaise Matuidi, as €20m plus bonuses for a fully-fit player with character and experience is sustainable. Don’t forget, we sold Leonardo Bonucci for €40m…

“I think the squad has only expressed itself to 70 per cent of its real capabilities. I do believe this is the most balanced Juve side I’ve worked with.

“I am convinced that if we want to win in Italy, the core of the team must always be Italian. When you play against provincial clubs, the foreign players struggle to understand that every side plays the game of a lifetime against Juventus.”

On Vialli’s comments regarding Juventus and VAR

“Regardless of that, it is our duty to win every time. We were built for the Scudetto and not winning it would be a defeat. We don’t fear VAR, in fact it can help legitimise our victories.

“For example, we have already received three penalties, the same number we were awarded throughout all of last season. Admittedly, we didn’t convert all of them… The trouble with being strong is that it breeds envy, just as there is no culture of accepting defeat.

“Napoli play beautiful football, but every team has its DNA. Juve’s symbol is the torn sock that Giampiero Boniperti kept in his office.”

On the Champions League

“The Champions League depends on many factors. We were eliminated in Istanbul with Galatasaray because it snowed. In any case, in recent years I maintain the best team won in the end.

“My journey with Juventus is not finished and there is this challenge that we want to win the Champions League. Even after that, I don’t see myself at another club. When Agnelli wants me to go, I see myself working with the Federation.”

On his best transfer deals

“Selling Pierluigi Casiraghi to Boniperti’s Juventus, as that was a sign of my future destiny. Bringing Antonio Cassano to Sampdoria from Real Madrid, as we were recuperating a lost talent.

“Selling Pogba to Manchester United was a fine move on a professional level.”

We Need to Talk About Paulo – The Dybala Dilemma