Beppe Marotta and Fabio Paratici were pictured in Milan yesterday to meet with their Valencia counterparts.

The Juve managers were reportedly meeting with Valencia officials in an effort to secure a deal for Portuguese right-back Joao Cancelo.

Multiple reports have linked the Bianconeri with a move for the 23-year-old who has apparently told friends and teammates that he wishes to join Juve.

TuttoJuve report that the clubs also discussed Mario Lemina who could head to Spain as a counterpart in a deal that brings Cancelo to Turin.

Sky Italia report that Premier League side West Ham are also interested in the Gabonese midfielder. 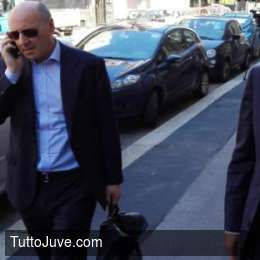 Juventus have agreement with Balde Keita