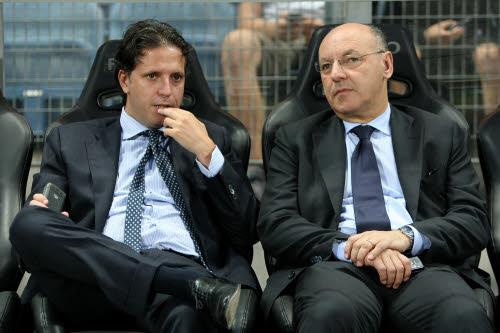 If you’re a fan of top-management drama, then here’s something for you.

Giuseppe Marotta has just won his first Scudetto title as the CEO of Inter, helping his new club in shattering the winning dynasty he built at Juventus.

The former Bianconeri general manager worked in Turin between 2010 and 2018, and he apparently still enjoys amicable relationships with everyone at the club.

Well, everyone… except for one.

Fabio Paratici worked as Marotta’s protégé and right-hand man at Sampdoria, before moving together to Juventus.

Nonetheless, it seems that something nasty took place between the mentor and the student amidst the former’s departure in 2018.

The Inter director gave an interview to GR Parlamento (via Calciomercato), where he ruled out a return to the Old Lady, preferring to focus on his role with the newly crowned Italian champions.

”I don’t consider the scudetto that we won as a revenge against the Bianconeri. My experience with Juventus gave me a lot and I remained on good terms with everyone except for one person, namely Fabio Paratici.

”I want to clarify that it was for human and non-professional reasons. I did not expect certain decisions to be made, but I accepted them as I always have.

“I feel like ruling out a return to Juventus. I have never received requests and have never considered this possibility. I only think of Inter and the cycle of success that we want to start.” concluded Marotta.

The Beneamata mathematically sealed their first league title since 2010 on Sunday, thanks to Atalanta’s draw against Sassuolo.