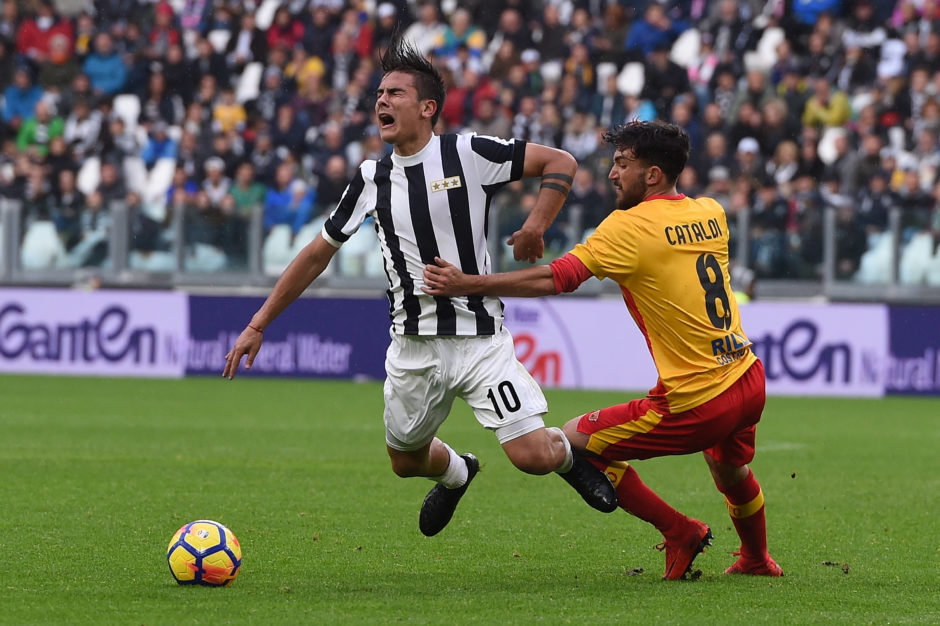 Marotta: ‘Be patient with Dybala’

Juventus general manager Beppe Marotta believes supporters need to be patient with Paulo Dybala, despite his mixed form of late.

La Joya started the season in impeccable form, scoring 11 goals in quick succession, but his performances have been mixed in recent games.

“In my opinion it’s a very normal path of growth, and he’ll also have these periods,” Marotta told Domenica Sportiva yesterday.

“Remember that Dybala isn’t even 24 yet, he turns 24 on November 15 and it’s normal that a player with his football standing will reach maturity at around 26 or 27.

“We need to have the patience to wait for him though. We can say with certainty that he’s a great talent, to become a champion will take time.

“You become a champion when you achieve consistency of results, of play, of performance.

“Right now there are mitigating factors because he’s still 23, and a year/year-and-a-half after coming to Juventus he’s been given a lot of responsibility.

“Everyone wants extraordinary things from him, but it takes patience.”

Marotta turned his attention to Juve’s rivals for the Scudetto this season, in particular Inter Milan.

“I think that, given they have no international and European commitments, Inter are the ones who can tailor their preparation the best.

“They’re a very solid team, they’re not spectacular but they’re clinical and getting good results. So I think Inter are the ones who are the most fearsome.

“Roma? In recent years Roma have always been the antagonist in our path. Despite changing their Coach it’s the same this year, they have a very competitive squad and a Coach [Eusebio Di Francesco] who is full of enthusiasm.

“He has modern but also very solid footballing ideas so I think they’re definitely a legitimate candidate for the Scudetto.

“At the moment we’re a point behind Napoli, but we have a point more than last year. I have to say that Napoli’s journey has been extraordinary so far.

“Yesterday’s draw calmed the league down a little, but they’re on an extraordinary journey while ours has been ordinary so far.

“At the same time we’re doing perfectly well when compared to last year, so we know that getting up there and staying there is very difficult.

“We apply our model, a particular model where suffering is important.

“It’s no coincidence that Napoli are top of the league right now, and if you look at Napoli’s summer transfer campaign they only did a couple of deals because they confirmed most pf their players, who are great.

“It’s the same for Juventus, the same for Real Madrid and the same for Manchester City; the best teams don’t have to use the transfer market to revolutionise their teams.

“We’ve made transfers to prepare for our future, we’ve brought in young people like [Rodrigo] Bentancur, Bernardeschi and Douglas Costa, young guys who will have time to show their ability.

“We have a big squad with great quality, considering that last season we played 57 matches and that’s without considering the national teams.

“So it’s logical to set up a numerically strong squad.

“Will we return to the transfer market? No, absolutely not.”

Mattia De Sciglio: “I always do my best”

Matuidi: “Gigi Buffon is a legend”