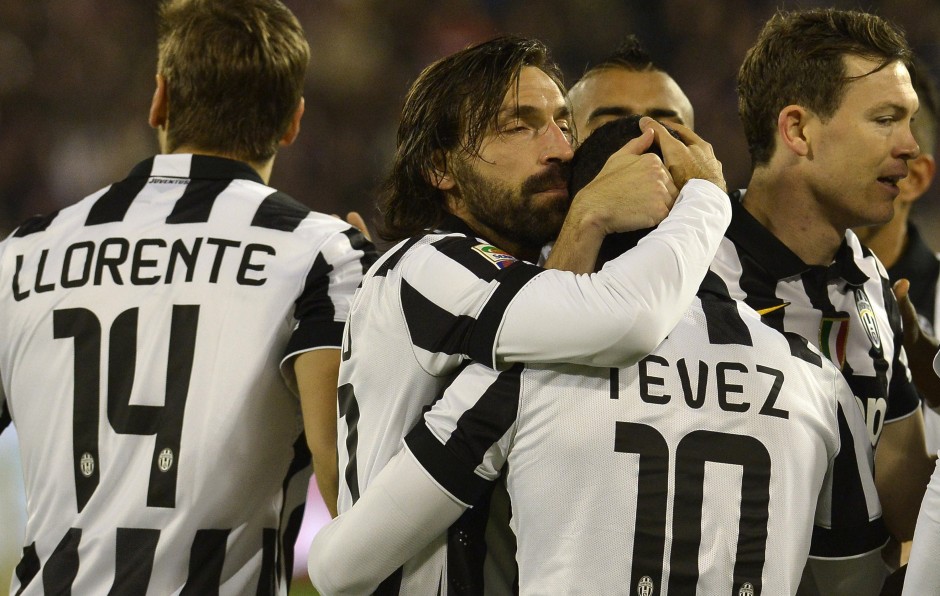 Pirlo has been linked with a move to the MLS while Tevez was reported to have purchased a house in Madrid ahead of a move to Atletico (Proved to be untrue).

“Tevez? It’s his choice, and we’ll respect it,” Marotta told reporters at Juventus Museum, as the Coppa Italia and Scudetto were added.

“We can’t wait long, and the relationship is fantastic.

“As for Pirlo, he hasn’t expressed a desire to leave, that’s important. His contract runs until 2016, and we want him to stay. After he’s back from international duty he’ll let us know.

“I repeat: he hasn’t said he wants to leave.”

Marotta also touched on the clubs possible activity on the transfer market this summer.

“Juventus already have big names, we’re champions of Italy for four years running, and we reached the Champions League final.

“We’ll hold onto our players who are already decisive.”

When asked if that referred to Alvaro Morata and Paul Pogba, Marotta confirmed the player’s immediate futures.

“He will remain at Juventus until 2016,” Marotta said of the former.

“As for Pogba, there has been no official interest in him, and I’m convinced that Pogba wants to stay with us.

“I’ll say it again, Juve’s future project is based on keeping our best players.”

Vote for your Juventus player of the season 2014/15