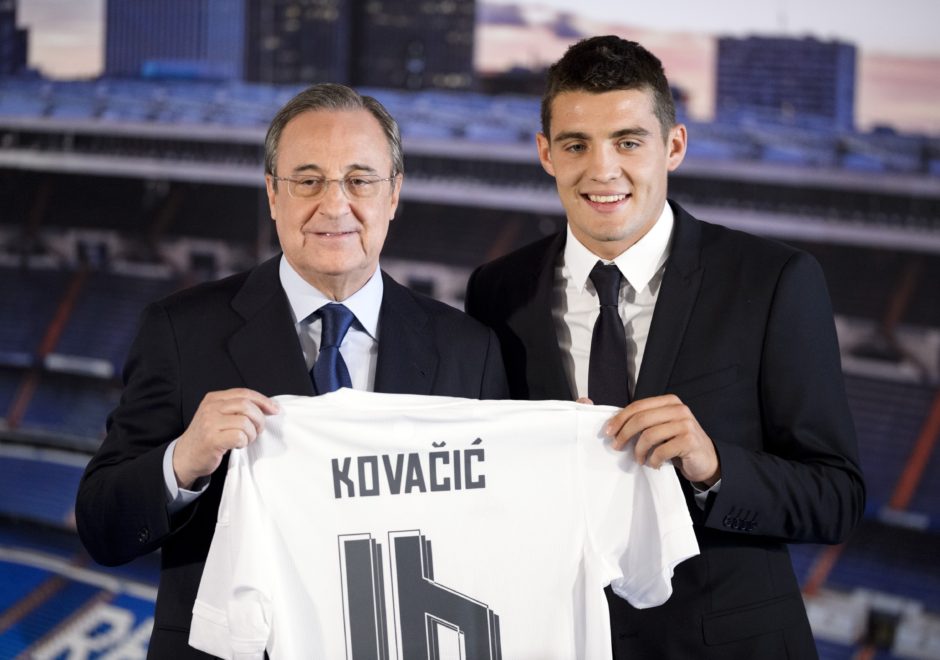 Whilst conflicting snippets of Morata quotes cause dizziness, a more welcome story has appeared within the same sphere of late. Namely, the possible inclusion of Croatian playmaker Mateo Kovacic into the deal which will see the Spaniard head back to Madrid then onto…who cares where.

Beppe’s hatchet-man, Fabio Paratici, has been a long term fan of the player, and was eager to sign him when at Dinamo Zagreb, and then last year in turn, when he moved to Real from our bosom buddies at Inter. It has been mentioned that Allegri was also keen on the youngster and has recently given his approval for the move to bring him to Turin.

Mateo, recently turned 22 years of age, was picked up by Real last Summer for the princely sum of 31m. He has played regularly in Spain, yet found no in-roads to the first XI. With his club due to pay 30m for Morata, and our own hunt for a creative flair merchant in central midfield, the move makes sense for all parties concerned.

It appears that the player has given his blessing to the move, and yet is eager to now focus upon his national side’s participation in the EUROs. Transfer fees bandied about in the press seem the usual 5-10m (30) above what we are prepared to pay (20) alongside the Beppe trademark loan with purchase option. Which suggests viable negotiation. However, a fleeting concern is that Real may prove hellbent on inserting into the deal their own buy-back clause a la Morata. Which soils the story considerably. For I am a great admirer of the player; he has sublime close control and loves nothing more than driving forward and dribbling past players with pace, trickery and guile. His end product may need fine tuning – understandable at his tender age – yet his flair and confidence are top drawer.

In short, I am close to excited by the news. Other than the suspicion of a buy back clause for Real.

The modern game is increasingly absent of fleet footed dribble merchants, yet their stock remains gold. For when two tribes of the highest order go to war, games are decided by mistakes, luck or moments of magic. Mateo can supply the latter in spades. And to ponder his ability to drive forward at pace, pass opponents at will, create space and chances for the likes of Dybala, Pogba and Berardi…is a welcome sensation.

Dani Alves: ‘I want to win in Europe with Juventus’

Pavel Nedved: ‘Our next goal is to win a 6th Scudetto’