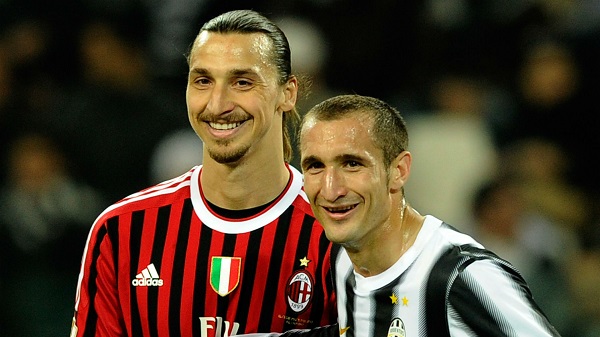 “Maybe I have to call Zlatan,” Chiellini jokes about retiring from football with Ibrahimovic

Giorgio Chiellini and Zlatan Ibrahimovic are two of the oldest footballers in the world right now.

Both stars play in Serie A, and their age has not stopped them from being important players for their respective clubs.

Chiellini remains an important component of Max Allegri’s squad at Juventus, and the defender is also one of the first players to be called up by the Italian national team.

He would be 38 by August, and it is rare to see a player of his age still playing at the highest level of football.

But the defender still makes important contributions and proves every time that he still has what it takes to play football at the highest level.

Chiellini has continued to play well when he is fit, and the club will be happy to keep him on.

However, there would be a time when he no longer has the legs to defend effectively.

We don’t know when that would be, but it is almost certain he would be a part of the Italy squad for the FIFA World Cup later this year if the Azzurri qualify.

Morata turns his attention to the Champions League after beating Sampdoria