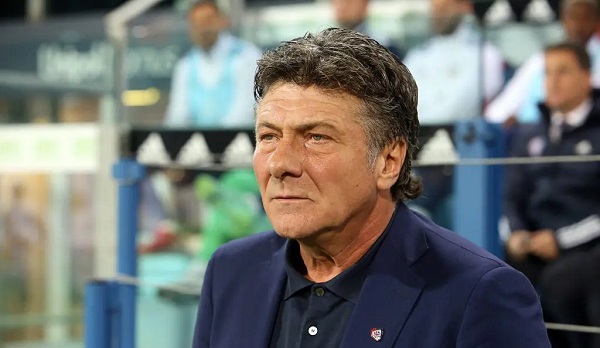 Mazzarri claims his Cagliari side was unlucky against Juventus

Cagliari manager, Walter Mazzarri, insists they deserved at least a point from their 2-1 loss to Juventus yesterday.

The Bianconeri came from a goal down to earn all the points at the Sardegna Arena as they continue to fight for a top-four finish.

After a demoralising 1-0 loss to Inter Milan, which ended their 16-game unbeaten run, Juve needed a result from their game against Gli Isolani and got it.

However, the hosts did well, and it was a difference in quality that eventually helped Juve to earn all the points.

Speaking after the game, Mazzarri said his team played well enough to deserve at least a point from the fixture.

He told reporters as quoted by Football Italia: “We lacked physicality in midfield, where Juve have technique and strength.

“We could’ve done better in defending, we were unlucky on the goal for 2-1 with a ricochet and also on the equaliser, so you need a bit of luck in these situations. I still feel we deserved a point.”

Mazzarri can feel bad that his team didn’t get a point and the reason for that was because Juve didn’t start the game well.

But when we conceded the first goal and clicked into gear, there was little they could do and from then on, it was almost certain we would beat them.

Juventus calmly come from behind to claim all three points

De Ligt admits Juventus had another poor start against Cagliari