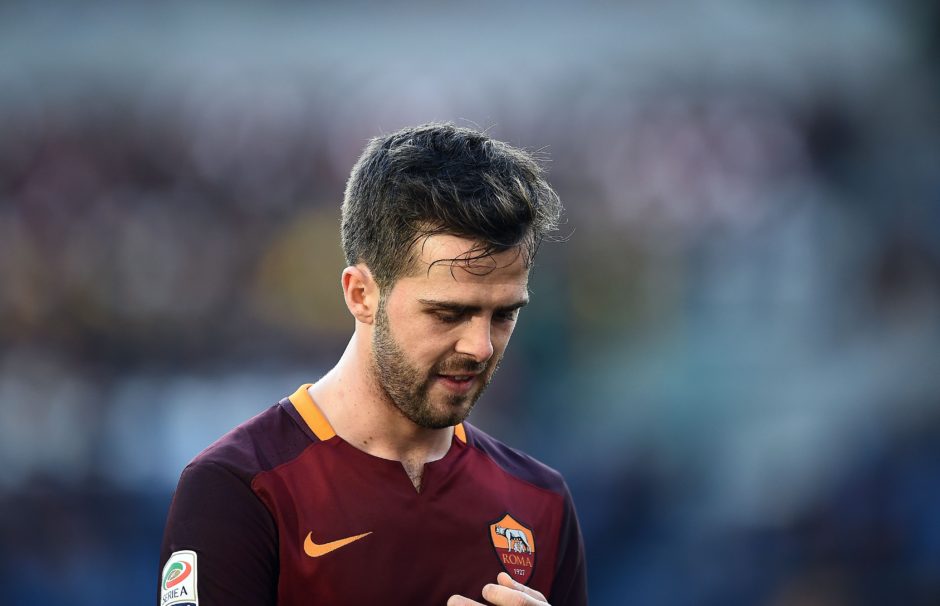 Reports from Italian broadcaster Mediaset claim that Juventus have agreed to pay the release clause for Roma midfielder Miralem Pjanic.

Fasten your seatbelts ladies and gentlemen – It’s the last day of the season, there’s a trophy to be presented, but the mercato is upon us, and it will take no prisoners.

Today’s daily dose of BS begins with this nugget of nonsense from Italy’s favourite purveyor of fantastical headlines, Mediaset.

The make the bold claim that Juve have already agreed to pay the €38m release clause for Pjanic, and it is now up to the midfielder to decide what he wants to do.

This follows on from last weeks Tuttosport ‘report’ which made similar claims about Juve’s plans to make a bid for the 26-year-old Bosnia international.

Mediaset claim that the Bianconeri are prepared to pay the hefty asking price in an effort to get the Pjanic, lest they be sucked into a bidding war with Barcelona, Real Madrid, PSG and a host of other usual suspects.

Pjanic will still have to come to an agreement with the Bianconeri, a sensitive matter, given the fierce animosity between Juve and Roma.

This all sounds well and good, but it flies in the face of a report that Calciomercato published earlier this week.

The article does a job of analysing Juve’s summer transfer objectives and also makes a point of referring to the off-the-pitch relationship between the two clubs. While the fee for Pjanic is considered entirely realistic for Juve, the board would be reluctant to make an approach for the player in attempt to avoid any conflict with Roma. If he were to arrive, it would only be with Roma’s blessing.

Exciting times, but I’d voice a word of caution – Believe half of what you see and none of what you hear. We will continue to try and cover the endless summer ahead to the best of our abilities, with a degree of impartiality and a heady dose of scepticism, lest we lead you fine readers astray 😉

As quickly as the story was published came a firm denial from Roma that there had been payment of any such clause. We can carry on about our business….

Allegri explains why he substituted Juventus defender at halftime

Liverpool wants to sign this inconsistent Juventus player next month