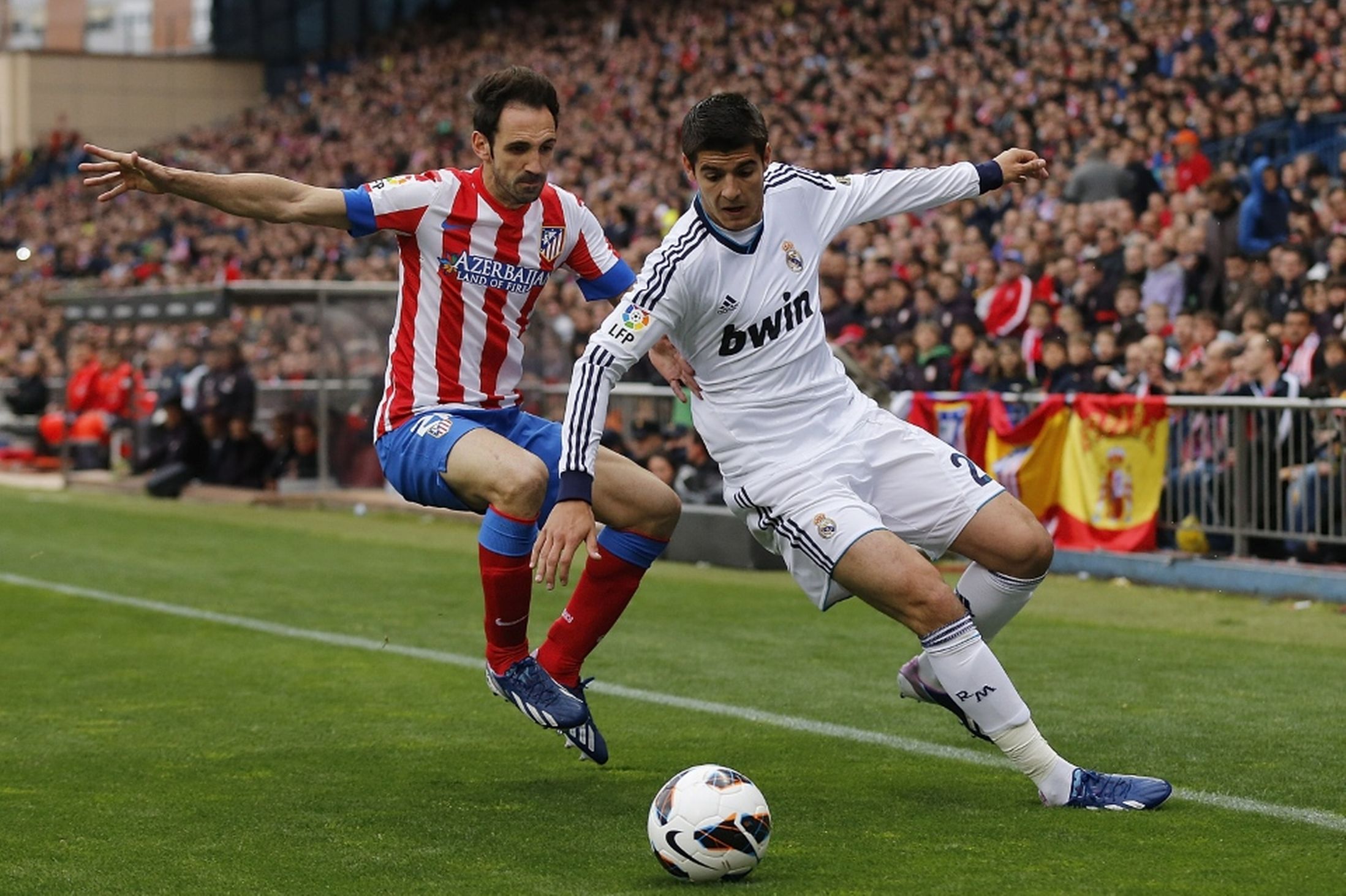 While the Antonio Conte era at Juventus started without much attacking fire power – sorry, Alessandro Matri – the attack has now become one of the most talented sectors of the side, and looking ahead to the future, one of the most promising sectors for future growth. Due to Beppe Marotta’s shrewd moves involving co-ownerships – which were recently “outlawed” by the FIGC, and will be gone forever once currently active co-ownerships wrap up – Juve has at least a 50% stake in several very promising young attackers.

We all know how much potential the likes of Domenico Berardi, Manolo Gabbiadini, and Simone Zaza have. However, Marotta desires even more promising young attackers. Enter Alvaro Morata – Real Madrid youth product and general hot commodity in the transfer market.

Juve have been trying to negotiate a deal for a few weeks it seems like. But according to TuttoJuve, they are not alone. Real Sociedad, Sevilla, Liverpool, Tottenham, Arsenal, and Inter are all tracking the Spanish starlet.

Gianluca Di Marzio has reported that Juve and Real Madrid are on the cusp of a rather interesting agreement: a loan, with an option for Juve to buy, and a “counter option” for Real Madrid to trump Juve’s offer.

This alone is an interesting mechanism. By my understanding, on the surface it’s a simple paid loan move. Then it gets complicated in the future. If Juve want Morata, they have that option, presumably with the fees – for both the option and the counter option – agree for ahead of time. Now, Real Madrid’s counter-option would last for a few seasons.

Dani Carvajal moved to Bayer Leverkusen on a similar deal – and the option fee for Real increased every season. This did not come into effect though, as they purchased him back after one. Giuseppe Rossi’s move to Villareal from Manchester United was done under the same mechanism, though United never came calling.

Now, with the complexities of the transfer behind us, let’s look at Morata the player. He was essentially a super sub for Real Madrid this season. He only started four games, in which he played a full 90 minutes, but only scored in one of those matches. However, in his 24 substitute appearances, he scored eight goals.

One must recognize that he was usually playing no more than 30 minute in those substitute appearances, yet he still scored with a good amount of consistency. In fact, a few weeks ago versus Espanyol, he scored twice in 23 minutes.

It’s because of his skill that he is able to be so effective in such short periods of time. He’s got good pace, he knows how to move into space, and he’s a good finisher. Furthermore, he has good touch and dribbling, which allows him to play on the wings and do so as a threat. You can ask Karim Benzema, who scored versus Barcelona last season after Morata – playing as a winger – set the chance up.

I would suspect that Morata would mesh more easily with fellow Spaniard Fernando Llorente – assuming a 3-5-2 – simply due to Llorente’s terrific ability to hold up the ball for another striker. But a frenetic duo between Morata and Carlos Tevez could also be very troubling for opposing defenses. And of course, he could be the type of wide player who can allow Juve to play a 4-3-3 with proper wingers.

Additionally, Morata has some Champions League experience. “Some” may sound silly for a player who is on the team that just won the Champions League, but Morata only made five appearances in Champions League. This includes a full 90 versus Schalke in March, a game in which Morata scored. Also included is his 11 minutes in the final versus Atletico Madrid, though he wasn’t terribly influential there. Perhaps most importantly for Juventus, he notched an assist while playing 15 minutes versus FC Copenhagen.

From his first amount of semi-consist playing time during Jose Mourinho’s final season at Real Madrid, to his scoring four goals at the U21 Euros last summer – enough to make him the top scorer – through his fine play this season at Real Madrid, it’s become increasingly clear that Alvaro Morata is a very good striker, one who can become a great one.

Juve seems very interested in acquiring Morata, but according to Di Marzio the big date for this transfer is June 2nd, when the clubs will again meet to discuss the terms. We will see then what happens.