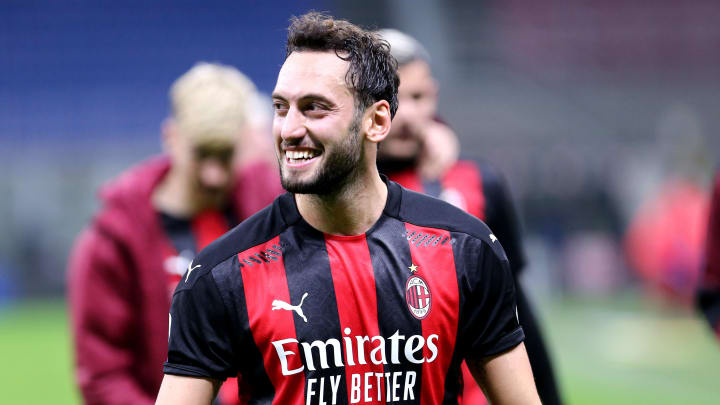 Milan prepared to allow Juventus target to leave for free

Juventus has been handed a boost in their bid to sign Hakan Calhanoglu this summer with the Turkish midfielder now set to leave Milan for free.

Calhanoglu has been one of Serie A’s best midfielders and he has been discussing a new deal with Milan.

The Rossoneri wants to offer him just 4m euros per season, but the former Bayer Leverkusen man wants more.

They had hoped to get him to agree to their terms, but as he enters the last month of his contract with them, there is still no breakthrough.

Juventus will be happy to hear this as they continue to look for a way to bolster their squad ahead of next season.

Sport Mediaset via Football Italia reports that Milan has decided that they will stand their ground as they did with Gigi Donnarumma.

They have allowed the goalie to leave for free after they failed to agree with him over a new deal.

They will follow the same strategy with Calhanoglu and if they cannot reach an agreement with him soon, which means he accepts their terms, they will let him leave.

It remains unclear if the Bianconeri will pay him his desired wages especially if they fail to offload some of their current options.