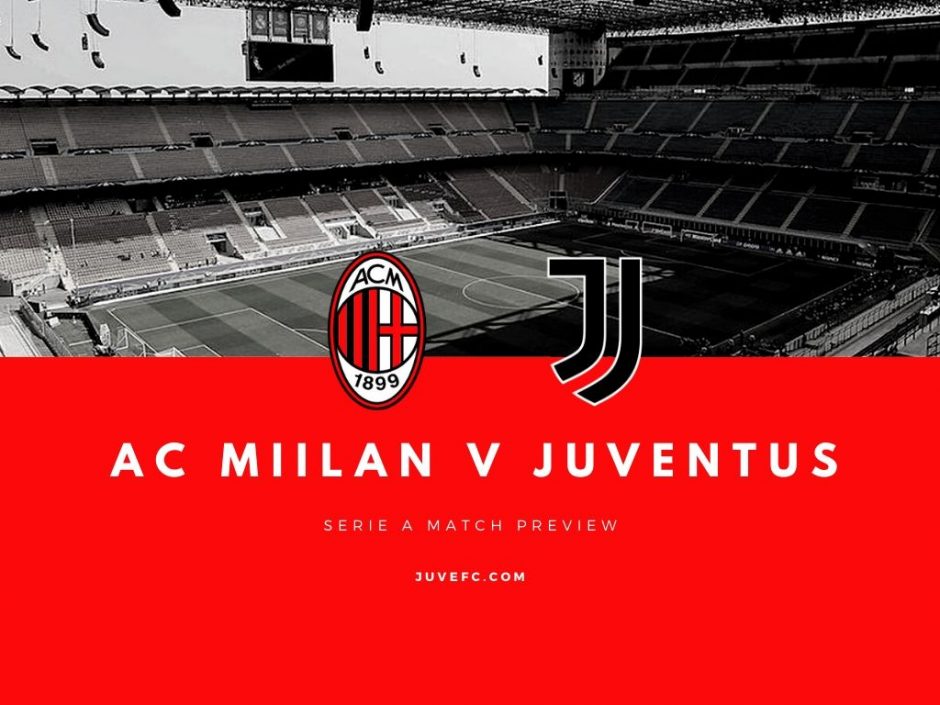 Despite the large result, it was not all smooth sealing in the Derby, as Torino did manage to get back into the game at the beginning of the second half. In these conditions, you can not really fault the players for trying to preserve as much energy as possible, fortunately they were able to re-focus and keep the opponents reasonably at bay, then the stars came through once again.

This week could very well be the decisive one for the Scudetto race, as Juventus will face Milan and Atalanta, the two biggest obstacles not only to date, but the rest of the way, Lazio clash aside. The lead ballooned to seven points as the Biancocelesti have been weakened by injuries and suspensions: it would be a massive success and almost a clincher if the cushion was still the same come Sunday, also a tiny reduction would be fine given the match-ups, as long as it stays over a full game.

The Bianconeri will have to keep it up without two of their main contributors after the resumption, but really all season long, as Paulo Dybala and Matthijs De Ligt are suspended. La Joya has been majestic and so clutch in the last few matches after being moved closer to the goal. Unless Cristiano Ronaldo agrees to play centre-forward like in the Coppa semifinal, which is doubtful, it will be Gonzalo Higuain filling in.

El Pipita still has it, but it is clear that he is no longer on the same level of his compatriot, not just because Dybala went up a level in his last appearances. He is also a very different type of player, so I wonder if the coach would consider starting Douglas Costa and perhaps even Aaron Ramsey to make up for the dip in playmaking and unpredictability up front. Federico Bernardeschi and Miralem Pjanic have been pretty forgettable lately, so there would not be much harm done there, but bringing a fresh guy off the bench to propel a late push is tempting, more so these days.

De Ligt being out is especially a bummer because they will have Zlatan Ibrahimovic this time around, and so we will need as much physical presence and ability in the air as possible. It is not likely but it would not be shocking if Giorgio Chiellini returned just in time to re-hash a vintage duel, and he did go into full training Sunday, so he is close. While recent reports indicated that he was focusing on being fully fit for Champions League, this qualifies as a situation where the team needs him, so we will see what will happen. Otherwise, we will have to hope Daniele Rugani manages to summon all his forces in what qualifies as a nightmarish match-up for him. Alex Sandro is progressing nicely in his recovery from an MCL tear and will be back earlier than expected. 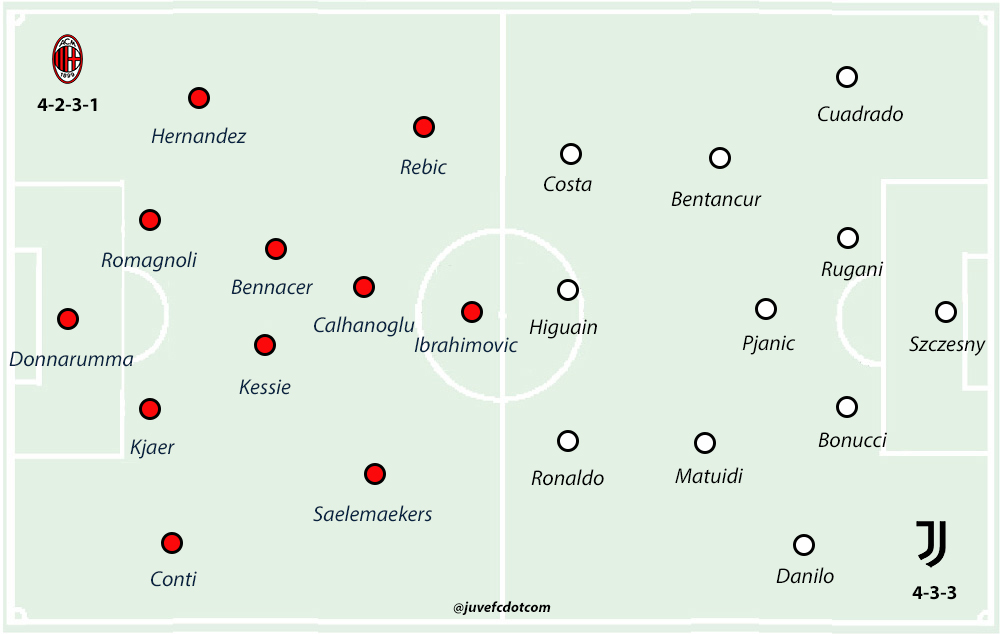 Compared to the recent Coppa Italia semi-final, Milan recovered Zlatan Ibrahimovic, which makes a big difference in their style of play. With the Swedish giant in the lineup, they have the option of launching long-balls as, most of the time, he will manage to settle them and re-distribute them to the rest of his teammates. Since he takes up a lot of real estate, they are generally able to hold the ball in the final third for longer. He obviously draws a lot of attention and sucks in defenders, which opens up room for their other attackers.

Besides the inexplicable dud versus SPAL, where they needed a last-minute own goal to snatch a point, they had been playing well, even before Zlatan came back, as they had dismantled Lecce and obtained their first W against a top six team by besting Roma at home. They capped it off with a marvelous performance against Lazio, doing us a solid. Their confidence level has gone way up and it showed.

The adjustment to the formation to accommodate the Swedish centre-forward is pretty minimal as Ante Rebic can move back to the left wing, where he has been absolutely thriving in 2020, and they will simply have one more good option off the bench. Hakan Calhanoglu is a little banged up but his problem does not seem particularly serious. They may have their starting right-winger Samu Castillejo, who is nursing a thigh injury. Alexis Saelemaekers is the most straightforward to replace him option as he is a pure flank player, otherwise they can adapt either Giacomo Bonaventura or Lucas Paqueta there. Bonaventura is pretty sneaky no matter what his role is.

Calhanoglu’s absence would be massive as he resumed being the best version of himself, and he holds the key to their offence, the ball tends to find him, and he orchestrates most of the actions up front, while Ismael Bennacer takes care of the build-up. Beyond Zlatan and Rebic scoring a bunch of goals, he has been main driving force in their turnaround. The switch to 4-2-3-1 has simplified things for them: the two holding midfielders do not participate in the offence, and Franck Kessie has benefited from having a more precise role, the three trequartisti instead are free to roam and pick their spots behind Ibrahimovic, who is a big reference point.

Theo Hernandez is a beast on the left flank and the best way to combat him, rather than trying to contain him when he motors down, has proven to be keeping him busy on the defensive end. Whoever is selected there will have to work extra hard and avoid being run over and that perhaps will contribute to Maurizio Sarri’s choices.

Simon Kjaer coming over in January has oddly solidified the back-line and they do obviously have talent in the back with Gianluigi Donnarumma, the League-leading goalie as far as clean sheets are concerned, and Alessio Romagnoli, but they are not at elite levels overall, so there should be some opportunities.