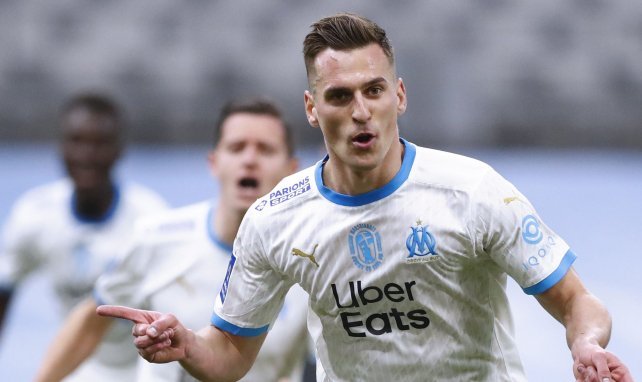 Milik could arrive with Juventus for 12 Million Euros this summer

Arkadiusz Milik made the move from Napoli to Marseille last summer, but is already hinting at another move with Juventus continually linked.

The player agreed to join the Ligue 1 club on with a clause in his contract which would allow him to leave for only 12 Million Euros should the club fail to secure Champions League football.

OM currently sit down in fifth spot in the division, but with 11 points separating them from fourth, and they clawing their way higher in the table appears unlikely at present, which will surely mean that this clause will come into play, and his latest comments do not play down a move either.

“Today I am at Marseille and I only think of Marseille,” he revealed in an interview with L’Equipe(via TuttSport): “Of course, I have dreams and I want to play in the best clubs in the world. It’s my goal.”

For such a lowly fee, Juve could well be enticed to bring the 27 year-old back to Italy to vie for a first-team role in the squad, but I struggle to believe any decisions on their summer window will be made until the season is over.

Would Milik be a boost to our current options?