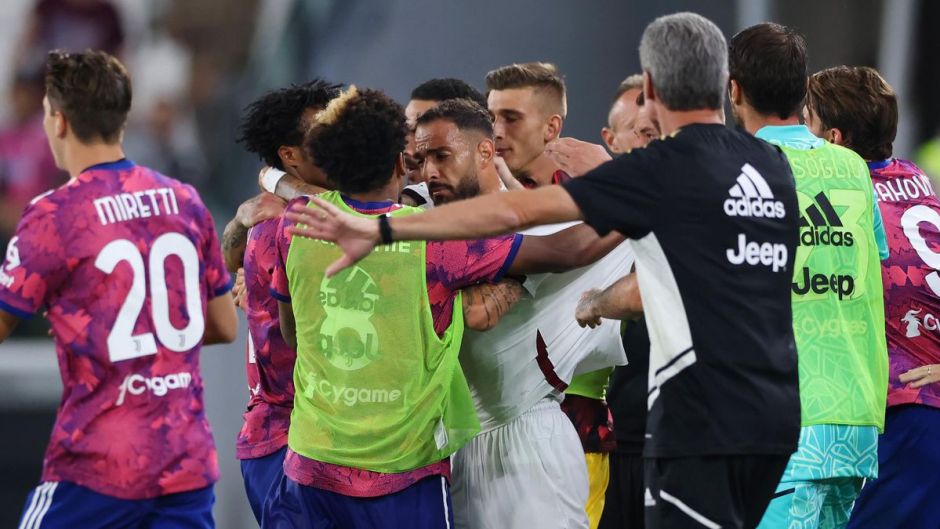 Unfortunately for Juventus, the chaos caused by the scandalous VAR intervention in the final instances against Salernitana not only denied them of two league points, but also the services of key players.

According to TuttoJuve, Arkadiusz Milik, Juan Cuadrado and Max Allegri will all serve one-match bans due to sanctions handed by the sporting judge.

Thus, the trio will be suspended for next weekend’s trip to Monza, but will return to action against Bologna on October 2, following the upcoming international break.

The Polish striker received a second yellow card for taking off his jersey during the euphoric celebrations for what was supposed to be a dramatic last-gasp winner. While his goal was wrongfully disallowed by VAR, his second booking still stood.

During the tense moments that followed the VAR intervention, a melee broke out between Juventus and Salernitana players, causing the dismissal of Cuadrado and Federico Fazio.

The Colombian risked a two-match ban for receiving a straight red card. However, a one-match suspension was deemed sufficient, perhaps due the unfair circumstances suffered by the club.

Finally, Max Allegri will leave his spot on the dugout for his trusted assistant Marco Landucci, while he probably follows the action against Monza from the stands.