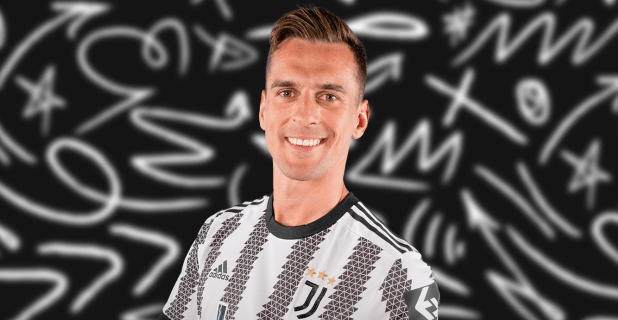 Milik reveals he was very close to joining Juventus “two or three years ago.”

Juventus’ new signing Arkadiusz Milik has given his first official interview since he joined the club and the Poland international spoke on several topics.

Juve has pursued his signature for a long time and the Bianconeri have finally got their man.

They first attracted his attention when he played for Napoli in Serie A, but everyone knows how the Partenopei hates to sell to Juve.

He eventually left them for Olympique Marseille, where Juve has signed him from.

The Bianconeri wanted a new frontman who can partner with Dusan Vlahovic in this campaign.

Reports linked several names with a move to the club, but Milik has become the chosen one.

The striker has now revealed he could have worn black and white earlier. He said, as quoted by Calciomercato:

“Special moment in my life. One of my goals has always been to play for a great club and Juve is among the biggest clubs in the world. I want to score many goals and be happy. In the past, we have already been close. Many times my name has been compared to Juve. Two or three years ago it could really be done.”

Milik is a good addition to our squad, and he will bring valuable experience to the group.

Dusan Vlahovic remains our key man in attack, but Milik will help him become even better either off the bench as his replacement or as a strike partner.

Report – Juventus youngster close to a move to Cremonese