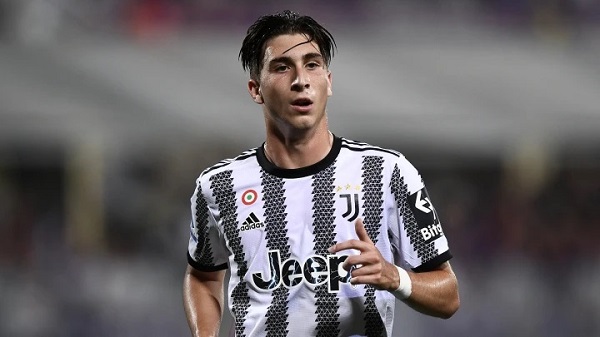 Miretti reveals which characteristic he’d like to steal from Marchisio

On Monday evening, Tuttosport held its annual Golden Boy award which recognizes the best young starlets in the world of football.

This season, Gavi won the honor, following the footsteps of his Barcelona teammate Pedri who received the award last season.

Nonetheless, Fabio Miretti’s exploits didn’t go unnoticed. The organizers chose the Juventus teenager as the best Italian player under the age of 21.

The midfielder rose to fame by the end of the previous campaign when Max Allegri promoted him to the first team and thrusted him into the starting lineup amidst an injury crisis.

While the 19-year-old has been displaying an impressive skillset in the middle of the park, he’s yet to score his maiden goal with the senior squad, despite coming close on several occasions.

Miretti acknowledges that situation, and he knows that he must improve his finishing, naming it as the main characteristic that he’d love to steal from Juventus legend Claudio Marchisio.

“Since the beginning of the season I had many opportunities and I haven’t scored yet, so it’s a characteristic that I have to improve,” admitted the youngster in an interview with Sky Sport via Calciomercato.

“I mainly watch the Premier League, and my role model is Kevin De Bruyne, an extraordinary player. I try to learn as much from him as possible by seeing him on television.”

“It’s an honor to receive the award from Claudio Marchisio. For me he has always been a reference point.

“There are many characteristics I’d steal from him, but if I have to choose one, then I would say the instinct for goal.”

Video – Top 8 saves from Serie A Round 13, featuring Szczesny and Onana