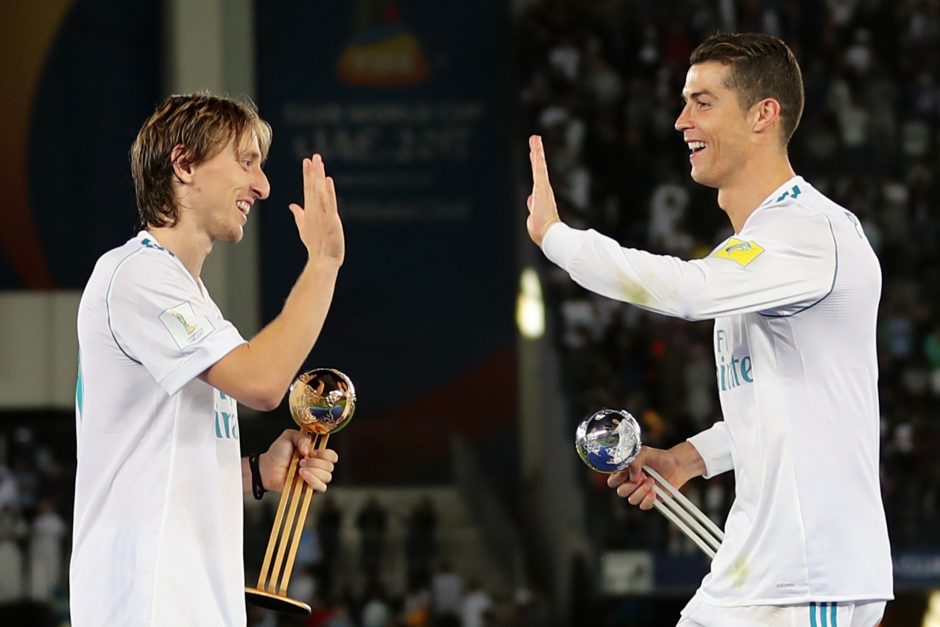 The Croatian midfielder spoke with Gazzetta Dello Sport and touched on Juve, Serie A and former teammate CR7.

“Is Italian football still a reference? I feel sorry for Milan. Italy and Europe miss The Real Milan,” he told Gazzetta.

“I have a WhatsApp group with the Croats and I always feel for Brozovic, Badelj, Pasalic who is formidable and finally found the right club.

“My favourite players? I always liked the style players. Totti, Del Piero, Pirlo. Now there are young people who promise a lot, above all Zaniolo, apure talent. Also, Sensi is very interesting, then I like Insigne, Papu Gomez, Ribery and Bennacer.”

Real were awarded a penalty against Juventus the last time they played, a decision Gigi Buffon did not take well and something Modric later criticized.

“I just said that for me the penalty was there, Lucas Vazquez was pushed when he was about to kick the ball. What’s the point of faking it?

“I experienced similar situations and I understand someone who protests, but there should be no difference between a penalty at 30 ‘and 95’. For Buffon, however, I wish all the good: he is a great one.”

“Ronaldo? Talking about the player seems trivial to me: he is among the greatest ever. Real missed him for goals and character: Cristiano always wants to win, he motivated us and made us react. As a person he has a big heart, is always ready to help those in need.”

The Champions League is set to resume in August but who does Modric think will win it and Serie A?

“In Champions League, I think PSG are doing well, although they will not play until August, then it’s easy to say Barcelona and Bayern.

“Watch out for Atletico Madrid… and of course among the favourites there will be whoever wins between us and City.

“For Serie A, Juve are the favourite, although for the competition maybe it would be good if he won Lazio or Inter…”