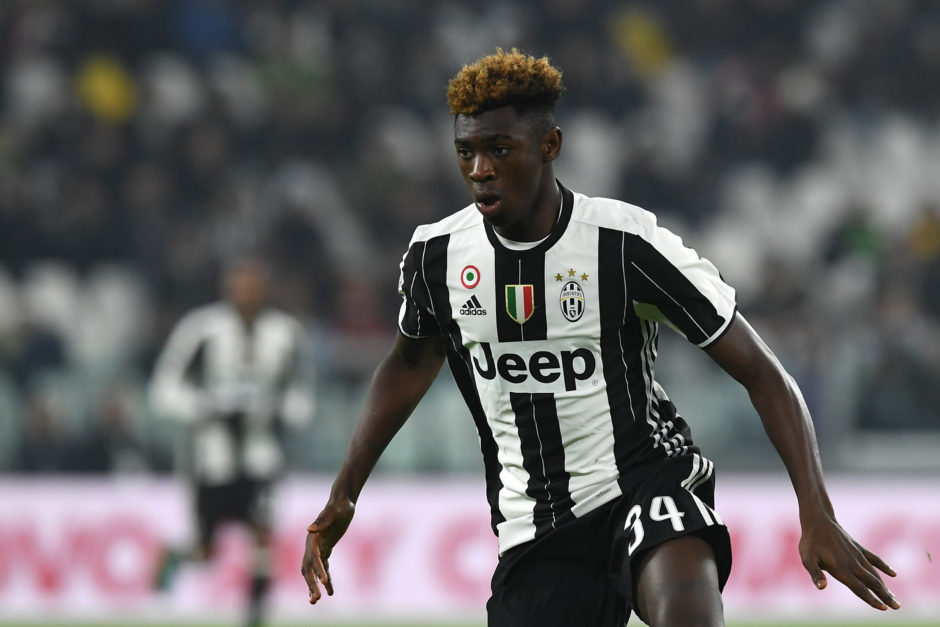 Moise Kean could be heading abroad on loan in January in an effort  to gain more playing time.

The Juventus youth product made his debut for the Azzurri on Wednesday despite having spent much of the season on the bench for the Bianconeri.

Speaking ahead of the game, his brother suggested Kean may prefer a move abroad so as to play more regularly.

“Obviously it’s a great satisfaction, he’s happy and I hope he’ll get a chance against the USA tonight,” Giovanni Dossè told TuttoJuve.

“Moise hasn’t found much space at Juventus, rightly so because of the great champions there like Ronaldo, Dybala and Mandzukic.

“With those players there you can’t expect to play all the time. He has a huge desire to play and I hope he can amaze.

“He’s learning so much from the great champions at Juventus, but he’s still a lad who wants to stretch his legs a bit and show what he can do.

“Parma or Sampdoria? I don’t think Moise will stay in Italy, in January he’d like to go and try a different league to the Italian one.

“I honestly don’t know how many teams are following him, but we’ll see how the situation evolves. Not least because so many things could happen between now and January.”

Alex Sandro: ‘I want to play in the Premier League’