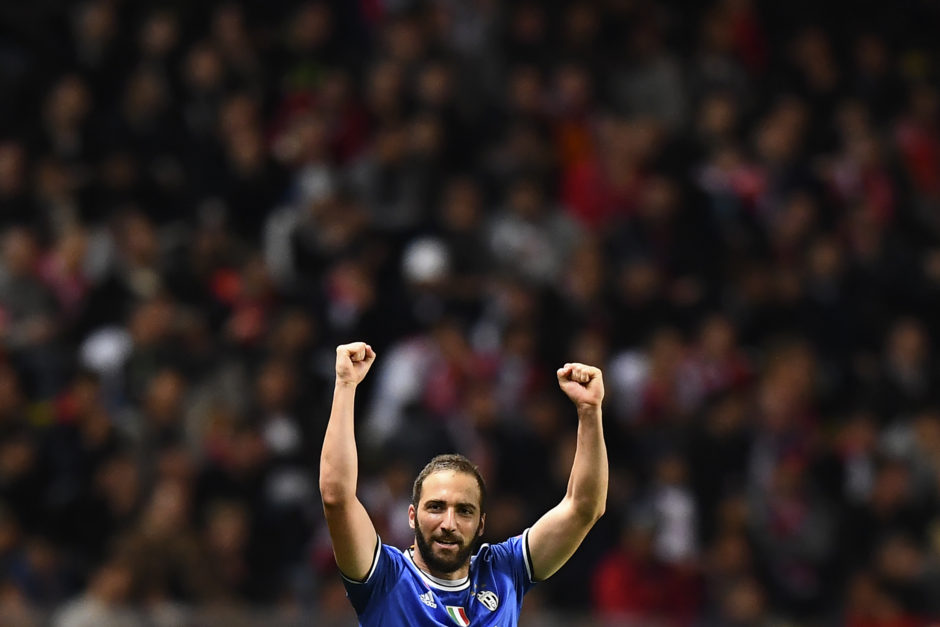 Buffon – Superb and faultless. Santo Buffon was in special form, making two top drawer saves, distributing the ball calmly and intelligently and organising his defence to perfection. The greatest keeper of all time remains a living legend. 10

Bonucci – Stuck to his task with maturity, won many aerial balls flung into the box and produced a stunning block late on to keep Moutinho at bay. 8

Chiellini – Other than the one error, when he failed to control the ball in the box, Kaiser Giorgio was formidable. Whilst it earned a worrisome booking, I smiled at the blind elbow on Falcao, who he had earlier laughed with after the Colombian nudged the big fella over the hoardings! Was the elbow witting? Impossible to say…cunning old pro!7

Sandro – Forced to defend for much of the game yet flooded forward to support the attack on occasion and made some useful blocks. 7

Barzagli – An interesting choice which Allegri explained as requiring greater strength in the air to deal with the countless high balls which Monaco deploy. Those old legs moved fast enough and the decision was proven great tactical guile from the boss. 7

Marchisio – Screened the defence with aplomb, affording very few openings for our foes to seek lift-off in the final third. Could and should have done better when stealing the ball high up the field and seeing his shot fly straight at the keeper. 7

Pjanic – At times sublime on the ball, his quick thinking and reading of the game can be truly masterful, yet almost gifted a chance when playing a loose ball across his own box. Still so much more to come from the Bosnian. 7

Mandzukic – Definitely more of a defensive posture was adopted by the giant Croat, as he made up the numbers both in midfield and defence. Tireless work rate and always offering an outlet, he was harried, given little time on the ball and failed to make an impact beyond the half way line. 6

Alves – Two beautiful assists, countless hustles, outstanding stamina! His finest outing in our colours, just when it mattered most. The technique employed was classy throughout and he proved he can provide a very different kind of flair and attacking thrust in Cuadrado’s wide right role. Was unlucky not to grab a hatrick of assists and his link-up play with Dybala and Higuain was a joy to behold. 9.5

Dybala – He is growing, and his potential remains staggering to ponder. This was a mature, measured performance, and he played a pivotal role in both goals. Forcing the error for the second and producing a gorgeous back heel flick to continue the move for the opener. 8

Higuain – Appeared sluggish and off the pace early doors, yet proved his calibre with two immensely well taken and important goals to turn the tie in our favour. Could have done better when hooking the ball across goal rather in the damn net, yet I can forgive him that one error of judgement! 8 Monaco lived up to their billing. For other than the first ten minutes when we were totally dominant, they gained confidence and created a handful of decent chances. Fortunately Buffon and the defence were able to thwart them on the three occasions they went close. I enjoyed their tenacity, the eagerness to move the ball around at pace with threats appearing from all over the field. However, they came up against a side of experience and stronger technique. Yet can hold their heads up high, and I believe that the tie is not yet won. They will create opportunities in Turin, and we will need to be strident, composed and robust to keep another clean sheet against a wonderfully entertaining side brimming with youthful exuberance and talent.

As much as the game as a spectacle proved wholesome and gripping, I was also pleased to see two sides at this level of the premier competition globally of club football behaving in a proper manner on the pitch. The absence of diving, rolling over needlessly and trying to make decisions for the referee was welcome and appreciated. We can expect nothing of such sportsmanship if we qualify to face Real.

We were not at our best. Though deserved the victory as Allegri got his tactics spot on, resulting in an extension to our immensely impressive run of clean sheets which in Europe now extends well beyond 10 hours of football.

The opening goal was as good a counter attack as you will find at any level and was so perfect and rapid in creation, team work and execution that it deserved to win any game, against any opponent. Simply unstoppable. And beautiful.

I did feel that we missed Big Sami. His nous to some degree yet also his physicality, for his reading of the game is such a powerful weapon in our arsenal and often goes unheralded. I also believe that Pjanic is happier alongside him, with Il Principino still working his way back to consistency in tough games such as this one.

The bookings were a minor negative. For whilst Marchisio will likely sit out the return fixture, we will be depending on Chiellini and Bonucci, with one wrong step or tactical foul enough to end their dreams and diminish our chances in turn of charging to victory in the final. They will both be targeted by Jardim. Will Max bring in Benatia? Revert to the 4-2-3-1 (which we played when on the offensive) with the Swiss locomotive behind Cuadrado or Alves and Barzagli appearing in his more natural CB role? Likely a half measure of this option will be chosen.

(NB – Uefa changed the rules in 2014 with an amnesty of accumulated yellow cards wiped clean for the semis. As it requires three yellow cards for a CL suspension, Bonucci and Chiellini appear fine to play the next leg, just avoid a damn red!)

Some will baulk at my suggestion that this was merely an average showing. I saw no masterclass, as has been mentioned elsewhere by others, moreover an extremely well drilled side in which every player knew exactly what was expected of them, and also, what to expect of our opponents. Such are the high hopes for our potential as a side to be truly realised, I was bothered by the three solid chances we conceded. Yet perhaps this is somewhat harsh. Given the startlingly brilliant longstanding form of the home side.

As with Barca, I left the games feeling we had matched our opponents, and found ourselves tactically superior when it mattered, and clinical. Rather than seeing us as world beaters.

Which is not intended to take anything away from what is from every angle a superb result. I simply know we can play better, and are still prone to the odd mistake too close to our own area for comfort.

Other than the two errors which could well have been punished, my main concern is the absence of attacking alternatives to bring on from the bench if required. I can but hope and pray that Dybala and above all others Higuain remain fit. For neither of these players can be replaced with anything near the same quality. Yet this is a matter to be addressed in the Summer. Until which, we have only Mandzukic able to play as the CF who has nowhere near the mobility or passing and shooting efficiency of Gonzalo. Cuadrado or Pjanic could come in for Dybala, but again, neither provide the same expansive threat.

Essentially, we have done everything asked of us. Allegri has conditioned the squad amazingly well, finding our form and fitness peaking at just the right time. 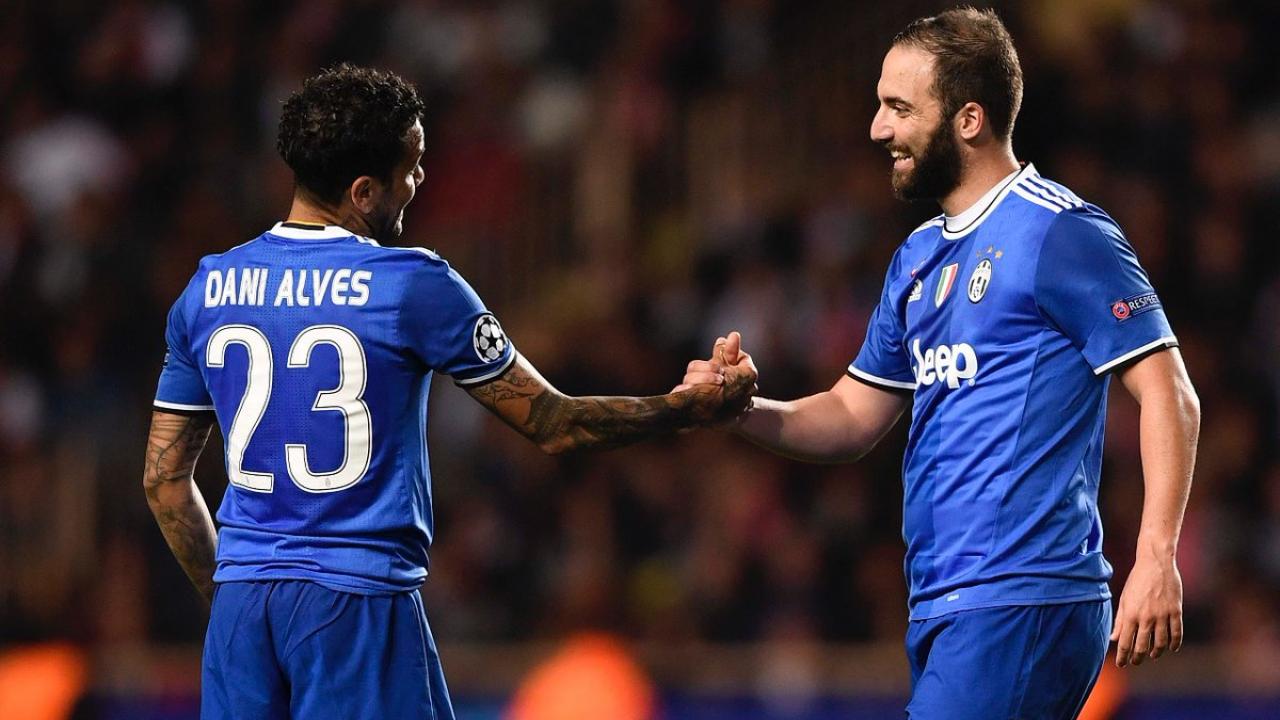 The tie, for many, is already won. Though even considering our own indomitable home record I am not yet assured, solely more confident, of reaching the final.

What is now beyond any doubt is that we have returned to prove ourselves worthy of consideration as part of the elite. I cannot recall a team as defensively resolute since La Nazionale on their wondrous 2006 world cup victory march. As I recall Vialli offering, with a smile, prior to that tournament…

“if there is one thing that Italy are masters of, it is defending…”

I have regained pride in our club, for from the top down, everyone comports themselves professionally and with confidence and belief befitting the storied history of the institution that is our beloved Juve.