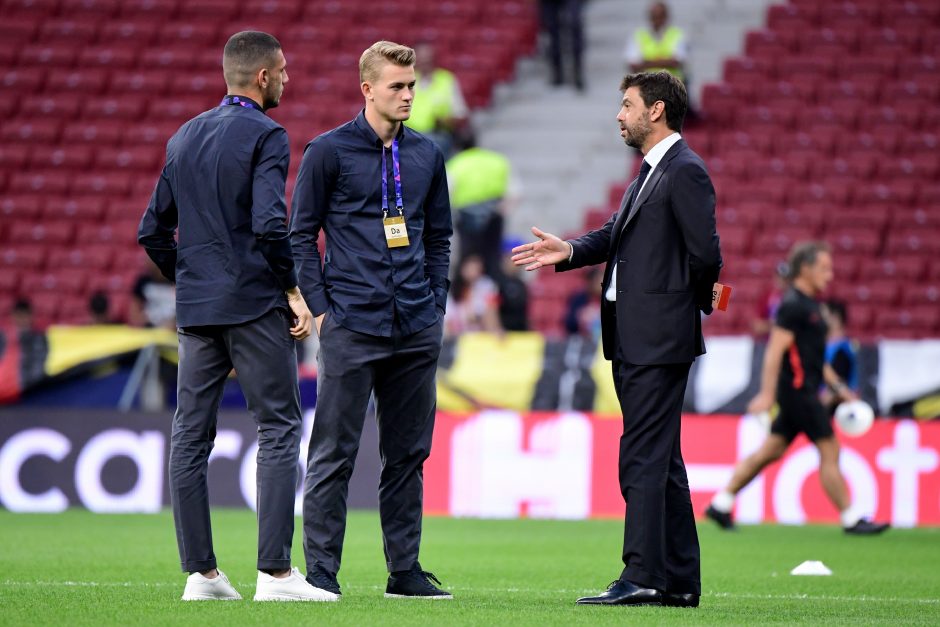 Juventus legend Paolo Montero believes the Bianconeri are set in defence for years to come with the pairing of Matthijs De Ligt and Merih Demiral.

The former Juve defender spoke at length with Sky Sport Italia, recounting his time in black and white and what the club taught him during his tenure.

What did you feel when you joined Juventus?

“I joined the team that a month and a half before had won the Champions League and I had seen the game in Uruguay, since I had finished my contract with Atalanta. To get to Juve and meet those characters there and work immediately with Ciro Ferrara, training with Peruzzi and with all those champions…it was an impressive emotion. What I always say is that they taught me humility towards work, and they taught me that the self did not exist, but that only ‘us’ existed.”

Is it true that you had a special relationship with Zinedine Zidane? And that one day you defended him from a fan who pushed him?

“This is a teaching of the Italian and South American school: He, Del Piero and Boksic decided the games and I as a defender had to defend the strongest, and I had to do it in every sense. This is what they teach in South America. Zizou, seen at his level, he was one of the simplest and most humble players. Very strong players went to Juve, however, he as a man, was extraordinary. It was impossible not to love Zizou.”

“No, I haven’t written to him for six months now, I don’t like to bother him very much. But when his brother passed away, we talked.”

Which is the best player you played with?

“I was lucky enough to experience the best decade of Italian football in history. Zidane, Del Piero, Peruzzi, Ferrara and Deschamps. If they were not the strongest they were on the podium of the five strongest in the world.”

A judgment on Matthijs De Ligt?

“For me he is a champion. For what he has shown and for how he has improved in this period he has all the weapons to become the strongest. But let’s not forget about Merih Demiral, because apart from the injury he is a young player and Juventus can have them as a central defensive pair for many years.”

What were the biggest emotions?

Do you think you can train Juve in the future?

“Every ex player who loves his former team dreams of them. But it is a very distant dream. There is a reality that says that few ex-players who coached Juventus, but it is a dream and anyone who has been at Juventus would like it. ”

Which of the lost Champions League is the one that hurts the most?

“For me those against Borussia Dortmund and Real Madrid. I am convinced that the one above all the others is the one against Real Madrid, because I have seen the game after so many years with my children, and I think we had a great game. But the big disappointments are Borussia and Real.”

What is missing from this Juve to be successful in Europe? Perhaps Mr. Lippi always worked you to the maximum, while this Juventus seems unmotivated …

“It also takes luck, because there were teams that won the Champions League and that at the critical moment, did not deserve it, but then they scored and won a quarter-final or a semi-final. An example: the 2015 final against Barcelona, Juve dominated for half an hour and didn’t have that bit of luck to score, then Barcelona attacked and scored, as we did with Real who scored a goal on a counter. I believe in that. At those levels you don’t need a coach to stimulate you. More stimulus to be to play in the Champions League, to wear the Juventus shirt, to play a match watched across the world and to play the games you dreamed of playing as a child. I don’t think I needed Lippi or Ancelotti or Capello to play these games. These are personal and individual things. You can’t buy that fire: you either have it or you don’t.”

Speaking of leaders, how much has this Juventus missed Giorgio?

“We missed him so much, even the opponents. Because sometimes the respect of the opponents is fundamental, because they know that with Chiellini on the field it will be a”war” for 90 minutes, because he will not give up until the end. It is a psychological blow.”

If you still played, how would you stop Cristiano Ronaldo?

Do you think Ronaldo takes away the freedom of play from other players?

“In my opinion the problem depends on the personality of his teammates. Because the greatest are also humblest. I had Zidane and Del Piero on the team, real champions at Ronaldo’s level. But it depends a lot on the personality of the others. To live in his shadow you must have humility. In football there are architects and workers. I was a worker and I could not become an architect. Ronaldo does not take anything away from anyone. It is you who take away.”

What kind of player were you?

“I was on the edge and gave my best up to the last minute. This has always been my characteristic. I come from a small town of only three million people and if you leave it, you stick to football and our Uruguayan spirit. As they say everyone in the world is the “Garra Charrua.”

What is Garra Charrua for you?

“From what little I learned at school: our Indian warriors were great warriors. There is little left for our generations because we are more Italian and Spanish, but we like to think that we have some Garra Charrua left. We are close to two worlds, like Argentina and Brazil, we are three million, and we want to win against them, so we carry this spirit with us. We have important teams in Uruguay.”

“I had the relationship with L’avvocato that all the players had. Maybe he called you at 5 in the morning to find out how you were. He was a beautiful character. The few times I talked to him he always had a joke ready. I know Andrea from when he was a child because he entered the locker room with his father. We haven’t heard from him because I don’t like to bother him. I saw him before he became president of Juventus, we went to dinner and I always remember him with much affection.”

Since you are his favourite player, maybe something can happen …

“No problem. I wish him all the best. And when we went to dinner I said to him:” Juve will always be Juve when there is one of the family as President”.