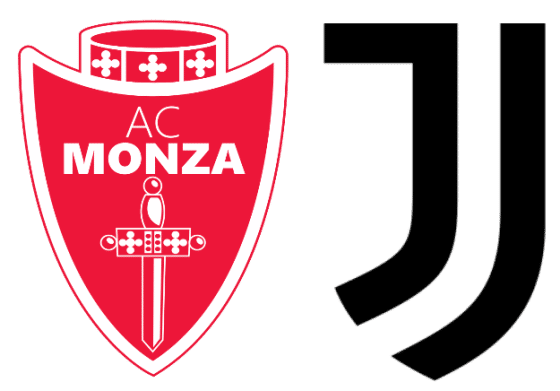 The signals pointing towards the collision with an iceberg were there in the first few matches, and the season quickly took a turn for the worst. The VAR snafu against Salernitana masked the fact that Juventus were thoroughly outplayed for a good hour by a lowly opponent at home. And the same thing happened a few days later versus Benfica, which finished the job despite another early goal by the Bianconeri.

There are ways and ways to lose, and that was the most damning one. It’s a shame because the Stadium crowd came into the campaign willing to support the team, and it didn’t take long to let them down in a resounding fashion. With so many issues going on, the squad could use a strong home advantage, but that won’t be the case.

As natural, since the roster has been built following his advice, everybody is calling for Massimiliano Allegri’s head. Besides the fact that he should have never been brought back, if anything, for the dissonance it created between him being a veteran and successful gaffer and the club looking to cut costs and go younger, it would be surprising if the management pulled the trigger early. From the sheer economic cost of the decision to the well-known patience of Andrea Agnelli, from the alibi of the injuries, which have indeed been devastating, to many newcomers having yet to settle in fully, the reasons to think it won’t happen soon outweigh those in the opposite direction.

The more interesting part is whether the players will rally around the boss following the rumors or if they’ll bury him with an underwhelming display, which happens sometimes. Losing the locker room would be one of the few things that could expedite the process. Some of the recent remarks by the manager suggest that he doesn’t have the pulse of the situation and that he’s grasping at straws. The president has never changed a coach during the season, even when it was pretty clear it would have helped. But this is no ordinary year, and the long World Cup break represents an ideal window to usher in somebody else. Whether the successor would be a high-profile choice, a caretaker manager, or another gamble like Andrea Pirlo that’s a matter for another time.

Very few things have worked in the past two matches, plus one of the few that did, Arkadiusz Milik, is suspended for this one, alongside Juan Cuadrado, who has been in over his head lately. Angel Di Maria will be in better shape, and that’s an improvement, as he was one of the few to show some spine and enterprising spirit in the final minutes of the Benfica game.

With its morass of issues, Juventus have managed to bring down even Dusan Vlahovic, who looked Teflon before joining, and whose departure left an offensive wasteland at Fiorentina. It’s clear that he has areas to work on, and that’s normal considering his age. He’s not as polished technically as Milik when interplaying with his teammates or working with the back to the goal. But the scheme is also failing him, as the plan seems simply to have him as advanced as possible, hoping the ball will eventually get to him rather than making a concerting effort to free him up, keep him engaged, and feed him, which any side in the world would do with such a weapon at its disposal. The long-balls are starting to come back with Leonardo Bonucci getting healthy and Leandro Paredes pulling his weight more. The Serb was an animal in space with the Viola, and that would be the most primordial way to get him touches and opportunities.

No returns from the infirmity besides Wojciech Szczesny, but Mattia Perin will stay on goal. The squad is as thin as ever given the suspensions. The only doubts are between Fabio Miretti and Nicolò Fagioli in the midfield, whether one of the starting center-backs will get a breather, and the scheme, as it could be a 3-5-2 with the same men.

Monza have completely overhauled their squad in the summer, and understandably so, and that led to fairly big expectations. However, amid injuries, dubious transfer market choices, and other problems, their start has been quite terrible, and Giovanni Stroppa paid the price for everybody. It’s a little unfair, but it’s the easiest move in football. It’s a little odd that they went with Primavera coach Raffaele Palladino when they have the means to lure more established names. But there’s still plenty of time for it to happen down the line if he does poorly.

Despite having collected just one point so far, a lucky draw in Lecce, they haven’t looked in disarray. On the contrary, they have played pretty good football and tried to control the ball as much as possible. However, differently from other minnows that have mastered this style, they have been severely hurt by its defensive foibles of this style and have reaped none of its benefits on the other end.

After chasing after lofty targets throughout the summer, they landed on Andrea Petagna as their main acquisition up front, who’s never been a prolific scorer in his career but more of a dirty work kind of guy. They paired him up with Gianluca Caprari, who was great in Verona last season, but he hasn’t been able to replicate those performances. His previous side played with a much better tempo but more importantly didn’t leave the two strikers on an island so often. The only attacker to bag one has been Dany Mota Carvalho, who’s a hybrid between no.9 and second striker and will benefit from them not bringing in an elite option. He’s not a goal poacher either, but he has some sensational moves.

It took them a while to get to their standard midfield, as Matteo Pessina and Stefano Sensi had complicated summers from the physical standpoint, and Nicolò Rovella was signed late. The end product is very technical but lacks a little physicality. They need to have a high center of gravity for it to work at its finest, as all three can dish assists and fire off from distance, and the ex-Atalanta man is a masterful cutter. Instead, they are in trouble if they constantly have to chase down opponents and focus on defending for the entirety of the game.

They lost Andrea Ranocchia, who was supposed to be their top guy in the back, almost right away. Still, they reacted and put together a credible three-man line, as Marlon, Pablo Mari and Armando Izzo possess the right mix of traits but are all three a little prone to blunders. Their main flaw has been their overall imbalance, with opponents often outnumbering and overwhelming their defenders on quick fast breaks. That is what Palladino will have to address first and foremost, on top of bringing some enthusiasm, which had indeed been missing.

The flank game has been one of the few bright spots. Samuele Birindelli has been a ball of energy despite being a Serie A rookie, and Carlos Augusto has impeccable technique for the role. He can also be used in the rearguard, but it has quickly proven challenging for him to contain top-league strikers. The two wing-backs attack at will, and they are both capable crossers and finishers. This part of their vision has strong chances to pay off because Petagna takes up a lot of real estate and is terrific at flicking the ball on for his teammates.

The squad didn’t have an emotional response to the buzz about Stroppa getting fired. After all, their XI is almost entirely brand new and not attached to the coach. Hence the choice to usher in the new gaffer without waiting for the break. In addition, while it’s a challenging match-up, at least on paper, it’s a soft start because they won’t have to deal with the burden of expectation, so the upside of a positive result is huge.

Their roster is built for a three-man defense, and it looks like Palladino won’t get too fancy. He’s a disciple of Gian Piero Gasperini, and he’s reportedly tweaking the scheme to 3-4-2-1 or 3-4-3. They can pull off the first option without changing their XI, as Pessina has experience as a tactical no.10, and he’s been actually great in such role, and Caprari featured there at Verona. Petagna is dinged up, so they will go with either Mota or Christian Gytkjaer if they prefer a physical linchpin up font. He has a reputation for bagging big goals. Still, they can also go with three pure strikers, which would be a statement for a young coach making his debut.

Juventus release their official squad list for the Monza match

France replaces Juventus man in their squad for upcoming internationals