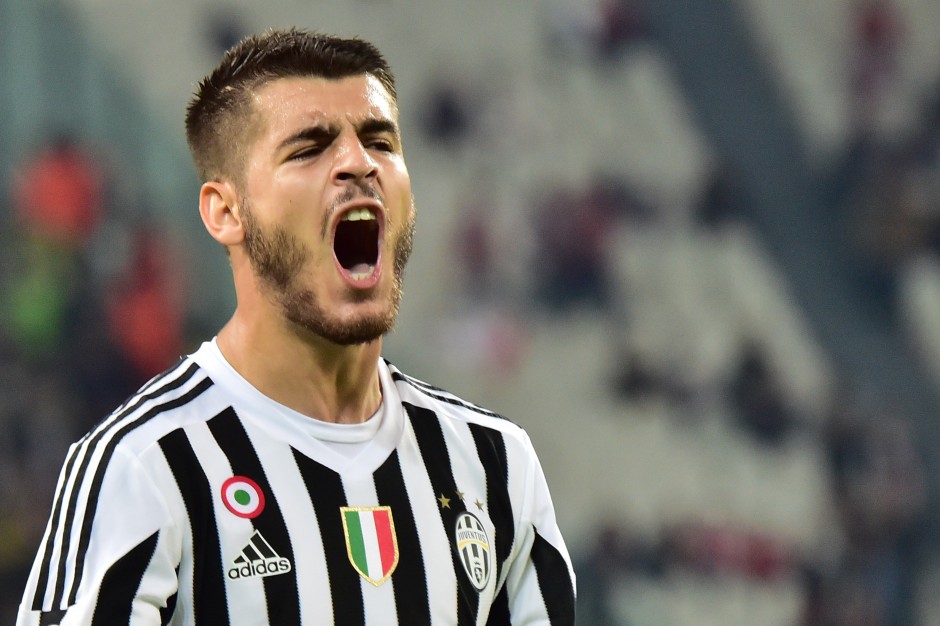 Alvaro Morata believes Gigi Buffon and Iker Casillas are the greatest keepers of all time while while Giorgio Chellini is like a gorilla.

The former Juventus striker is set to face his ex-teammates tonight as Spain play Italy in the World Cup Qualifiers.

“Who causes most problems for me? Chiellini!” Morata told El Pais.

“It’s like being put in a cage with a gorilla and you have to steal his food. I think the few times I’ve managed to score against him it’s been in the area.

“It’s impossible to win a duel with Chiellini if it’s one-on-one in the box or he’s holding you.

“Bonucci is great on the ball, he organises the game from the back. He could be a midfielder and do it perfectly well.

“Barzagli has an incredible stride, power and positioning. Chiellini is as tough as nails though. You have to leave two metres, make sure he can’t catch up to you or anticipate it. If not it’s really hard.

“Buffon? He’s an alien. In my opinion he and Casillas are the two best goalkeepers in history. It’s hard to see there being two players like that again.

“Even if they don’t have the strength or agility they used to, they’re so imposing if you’re one-on-one.

“Buffon anticipates everything, after more than 20 years as a professional he knows exactly the thoughts and movements of the striker.

“Italy are Italy. If you go one-on-one against one of their players who is defending you wouldn’t be able to tell who was the defender and who the attacker.

“They all defend like defenders because it’s in their blood. They’re competitive, and I love to watch them play.

“They have tremendous quality in attack too, but if we prepare the game in the right way then we’re the more dangerous.

“They’re not used to defending so many passes and so many quick touches. They know how to defend really well, all close together, especially long balls and crosses.

“They protect each other and it’s very difficult to overcome. They don’t concede many headed goals. If Spain have caused problems for them in recent years it’s moving the ball quickly.

“Isco, Silva, Iniesta, Koke… they’re the key to these types of games, because they see the openings, they know how to make space that isn’t there.

“Does anger help strikers? Yes, it can do.

“That game against Bayern was maybe the situation where I was most against the ropes in my career.

“The previous year I had been important, but I saw that Juve had decided to rely on Mandzukic, on Dybala and other forwards and that day they were injured or suspended, I don’t remember.

“Then the Coach told me I was going to play in Munich. I saw it as a chance I couldn’t pass up. I was against the ropes and I had to come out swinging.

“At Juve we played with two forwards, there are three here. It’s complicated, because I’m coming from Real Madrid and the national team where you can play in the spaces or not, depending on the situation.

“Tactically Chelsea are Italian, you have to conform to a system. The striker has to be a reference point for his teammates.

“You need to fight with the centre-backs and they’re much stronger physically than in any other country.

“It’s true that they’re sloppy tactically and they give you chances because they slip up, but it’s a different kind of football.

“In Spain you have time to think and hold on to the ball. Here if you hold the ball you’ll already have been given two kicks.”