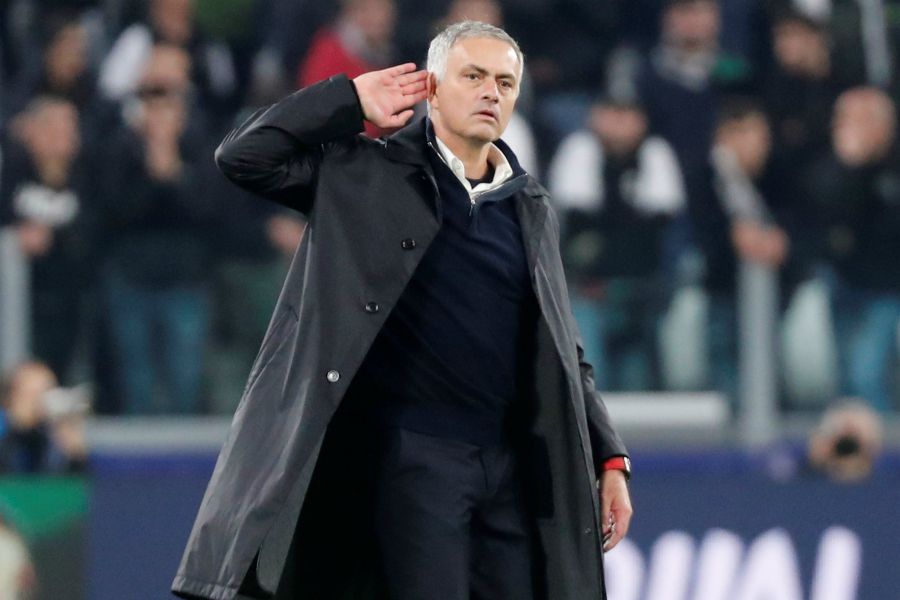 In his last visit to the Allianz Stadium, José Mourinho left the pitch with a sly smile on his face and a hand on his ear, taking a dig at the Juventus fans who reportedly insulted him throughout the match.

The Special One was the Manchester United boss at the time, and his side had just orchestrated a late come-from-behind win at the expense of the Bianconeri in the Champions League group stage.

This Sunday, the Portuguese returns once more to Turin, this time at the head of a Roman army.

ILBianconero recalled some of the episodes witnessed in the great rivalry between the tactician and the Old Lady.

It all started in 2008, back when Mourinho was in charge of Juve’s arch rivals, Inter. The coach took a dig at the other top Serie A sides (Juventus included) during his infamous rant known as “Ziru Tituli”.

The Special One kept repeating the last expression in his own accent while referring to the fact that the Nerazzurri’s rivals won zero titles in the previous seasons.

A year later, the former Porto manager took another jab at Juventus following a debatable penalty kick. Later at Real Madrid, he claimed that he would never coach Juventus due to his affection towards Inter.

But on the other hand, Mourinho showed signs of respect to the Bianconeri from time to time. Following their Champions League win over Barcelona in 2017, he said that he isn’t surprised by the result, as the Italian club works very hard on constantly improving itself.

Moreover, the former Chelsea manager once said that Leonardo Bonucci and Giorgio Chiellini are two professors who should be teaching defense at Harvard University.