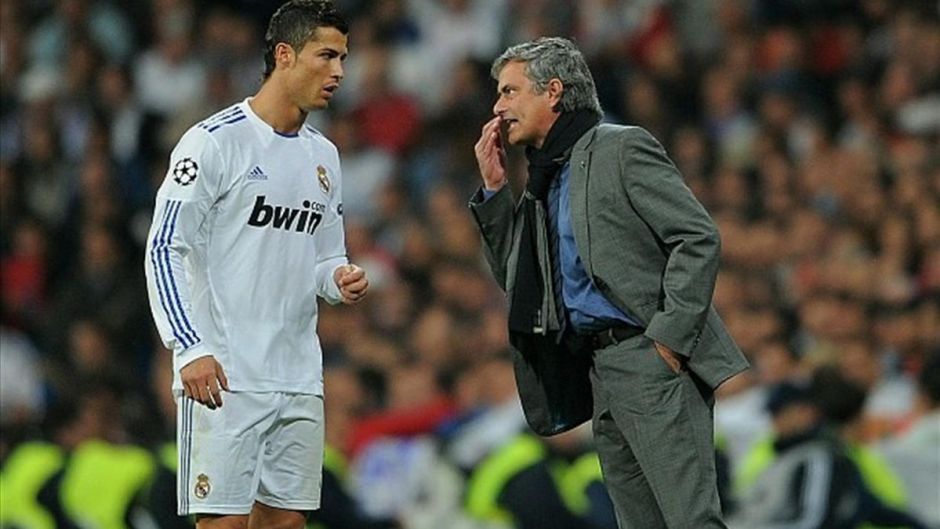 Mourinho jokes: “Ronaldo should leave me alone in Italy”

Two compatriots, one awkward relationship. In this day and age, Cristiano Ronaldo and José Mourinho are the two most famous Portuguese in football.

CR7 is arguably the biggest star in the sports, whilst the Special One is probably the most controversial manager in the game.

The rapport between the two men had its ups and downs throughout the years. But after their time together between 2010 and 2013 at Real Madrid, the compatriots surely respect one another.

After some tough years in England, Mourinho decided to try his luck once again in Italian football, opting for a surprising move towards Roma.

As for Ronaldo, it remains to be seen whether he’ll remain at Juventus or embark on a new adventure this summer, but at the moment, he should be focused on defending his country’s crown at Euro 2020.

“In the Portuguese team the problem will arise when Cristiano leaves,” said Mourinho to The Sun via la Gazzetta dello Sport.

“Right now, he’s the leader, the main man, the one who attracts all the attention. The difference in status with the others is so great that I think there is not a single player on the team who would like to be in a different situation. They feel protected by Cristiano’s aura and this is good for the team.”

The tactician also spoke to TalkSport, and was in a rather funny mood

“Ronaldo should leave me alone in Italy”  joked the next Roma coach. “Everyone including myself says that he is no longer 25-years-old. He is 36. He does not score 50 goals, but how many? 35. It’s incredible, the numbers speak for themselves.”

Opinion: Could the possible return of Pjanic replicate Pirlo’s transfer from 2011?