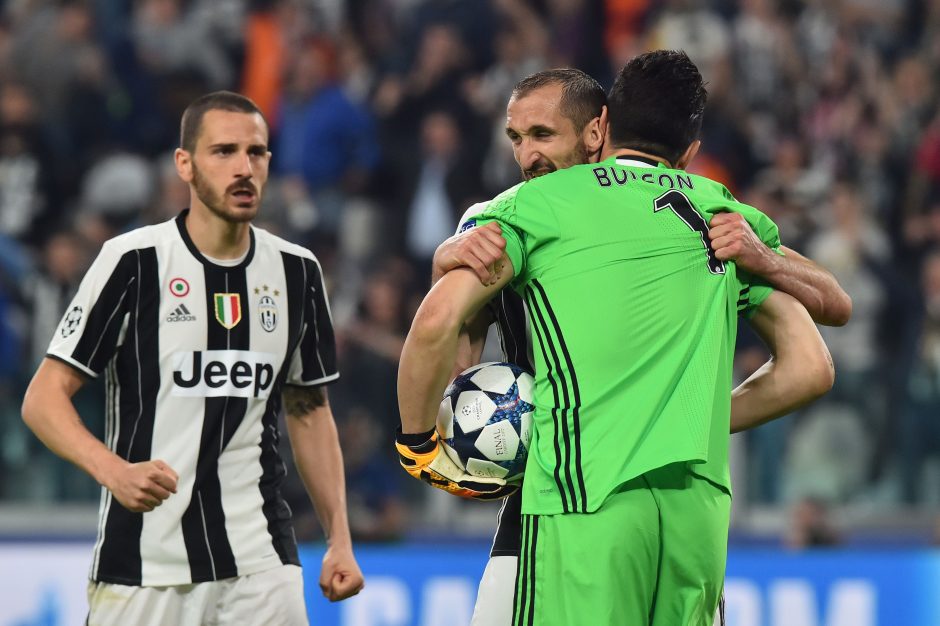 “My guardian and my rock” – Buffon heaps great praise on Chiellini

With growing reports linking Giorgio Chiellini with an exit at the end of the season, words of praise, affection and appreciation are pouring from all directions. Despite his rough style of play, the legendary defender is one the most beloved figures in Italian football.

The 37-year-old has a contract with Juventus until 2023, but many expect him to ask for an early termination in order to embark on a new experience in Major League Soccer before calling it a day.

Therefore, several of his former teammates are now paying tribute for the center back who’s about to lead Juventus in one last cup final before leaving the club that has been his home for the last 17 years.

However, the most touching tribute came from his longtime friend and ex-teammate, Gianluigi Buffon. The iconic goalkeeper explained how much Chiellini meant to him during their time together at Juventus and in the Italian national team.

“Giorgio is my centurion. The player with whom I spent the most minutes on the pitch. And then he was my guardian and my rock,” said the 44-year-old in an interview with la Gazzetta dello Sport via ilBianconero.

“He was, and still is, a friend with whom I shared a piece of my life with. Much more than a simple player, a simple teammate…

“We had a unique complicity, because we knew each other perfectly. Everything always comes from knowledge, of the strengths and weaknesses. I knew where he could go and he knew where I could go. This has been our strength.

“Chiello is a hammer with himself as with others, he never backs down, he sweats and struggles to conquer the goal he has set in his head.

“I hope that he raises the Coppa Italia as a captain before he leaves, just like I did in 2018, when I left Juventus for the first time to move to PSG, and then in 2021.

“Giorgio deserves a great farewell party, because he is a great man, a great player and a great friend. It is difficult to find in one person all the human and professional qualities that he possesses.

“I can only thank him for all the help he gave me during difficult moments and for the joy that he has been able to transmit to the whole group.”