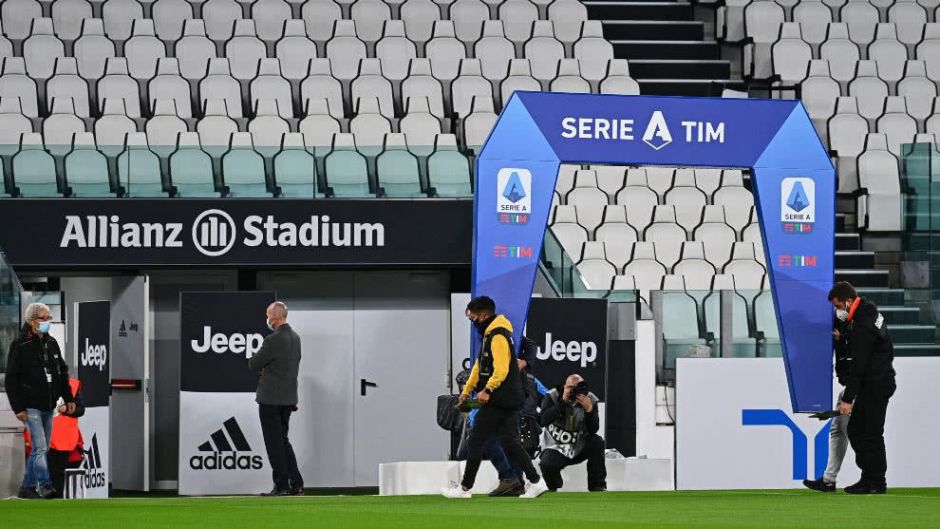 Juventus will be handed a 3-0 win over Napoli after the visitors failed to turn up the Allianz Stadium tonight.

There had been much speculation around whether the tie would go ahead as scheduled after two of the Azzurri’s players threw up a positive test for COVID-19.

A number of their other players were also ordered to self-isolate having been in close contact with the duo, and the club asked for the match to be rescheduled.

Shortly after this, Serie A ordered that the match was to go ahead as planned, as following the rules and regulations set out by UEFA, which state that teams must be able to fill a squad of 13 players including one goalkeeper in order to play.

The division issued a official statement on the Lega Serie A website declaring that the postponement was not accepted, citing Turin v Atalanta, Crotone v Gerona, Genoa being forced to take on Napoli last week, and Atalanta having to take the field against Cagliari today as reasoning behind their decision.

It will be interesting to see if Serie A heads will entertain an appeal which will no doubt follow the decision, with Napoli claiming they were ready to board the plane to Turin before being told they were not to travel.

ESPN reports that the local authorities refused to allow the team to leave, which looks to have left the team between a rock and a hard place.

Napoli had started the campaign in red-hot form, scoring eight goals in their opening two matches without reply, and would have been hoping to make a statement against our side as we bid to win our 10th scudetti consecutivi.

Does anyone expect the league to cave if Napoli can prove the decision was not down to the club?