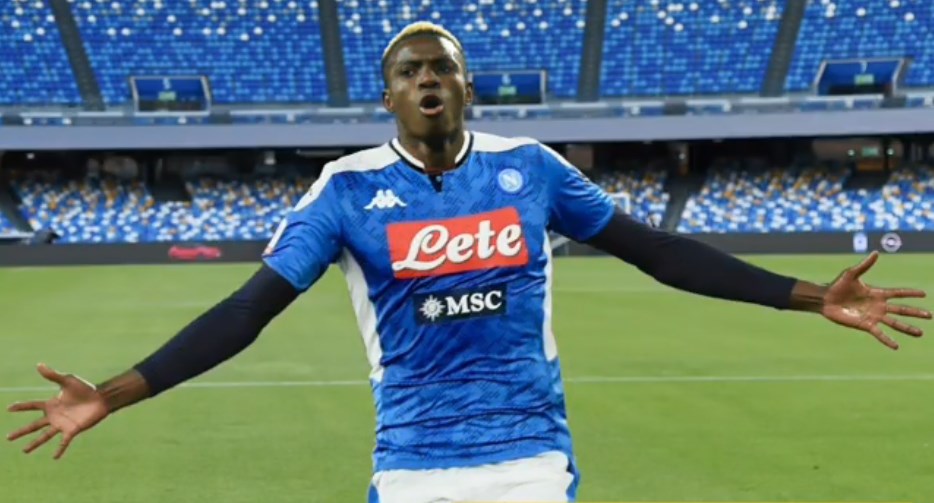 Napoli has told Victor Osimhen that he should look to the Juventus clash as his target to get back to his best.

The Nigerian forward has been out of action since dislocating his shoulder on international duty against Sierra Leone, and has struggled to return.

Osimhen is now expected to return to Italy after special treatment in Belgium, where he will hope to return to full training with his club, but will need time to build back to full fitness.

TuttoMercatoWeb report that Napoli have earmarked the Italian Super Cup for him to return to full strength and bring him back to his best.

His return to fitness could well unlock Fernando Llorente to move on from the club also, having failed to earn a regular first-team role with the Azzurri, with Juve linked with his signature.

The Spaniard wouldn’t be expected to feature heavily in Turin either, but with only three options for the two attacking roles at present, and with the Coronavirus consistently threatening to rule players out of action, that simply is not enough.

Napoli have struggled without Osimhem in the side, picking up just 10 points from a possible 21 in his absence.

Should Juventus be worried about the return of Osimhem, or will our side pose too great a challenge for their side to threaten us?