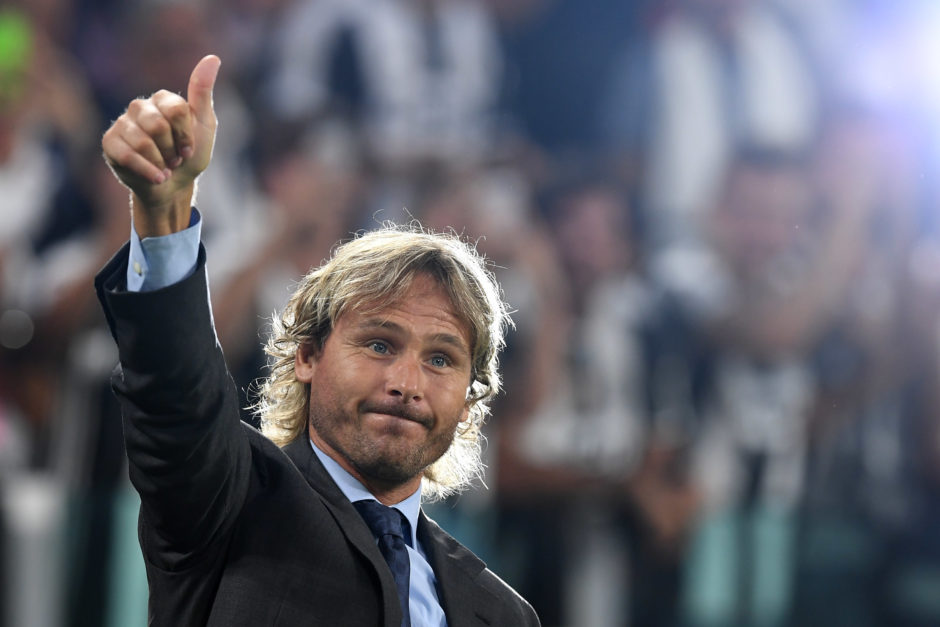 Pavel Nedved believes it’s too early to judge the teams summer spending and that it will take time for the squad to find the right balance.

The Czech legend spoke with ceskatelevize.cz ahead of Juve’s 3-0 loss to Barcelona in the Champions League and urged caution before judging the summer additions to the team

“I think it is too early to judge our mercato but our goal was to rejuvenate the squad” Nedved told the Czech  TV statiion.

“After our previous successful season, we know it will be very difficult to repeat the results. We are still in a phase of finding the right balance both defensively and offensively.

“Even though we have won the first three matches of the season, there was still plenty of things to be seen that we must improve on.

“Bonucci was the pillar of our team, he is an Italian who had amazing seasons with us. Of course, his wish was to leave and you can’t force a player, who wants to leave, to stay [at Juventus]. Naturally we came to an agreement pretty quickly and we know it is a big loss for us, but this is football and we are trying to get our team back together.

Patrik Schick had agreed a move to Juventus before the transfer fell through due to an undiagnosed medical condition and Nedved was asked about the players eventual switch to Roma.

“I think that there was a big opportunity for Schick to join us but of course the wish of the player and his agent was different and so was their final decision which I think is a shame but on the other hand I wish him all the best.

“His price was really too high, which in the end we couldn’t accept.”