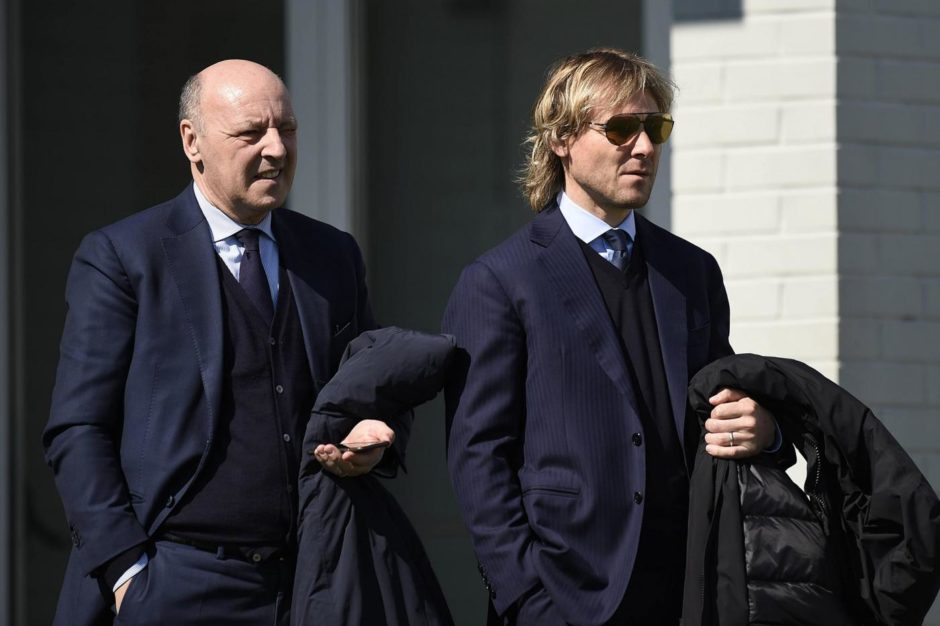 Nedved: ‘Marotta was never a Juventino’

Pavel Nedved believes Juventus have been given the toughest draw possible and claims Beppe Marotta was never a Juventino.

The Bianconeri face the current Europa League champions in the last 16 of this seasons Champions League.

“The important thing is to have qualified for the last 16, like Allegri said,” Nedved told Sky Sport Italia.

“We’ve been drawn the best team in the second pot. The Final is too far away to think about.

“You need luck at this stage, but we have a very strong team who can go through and Italian teams should never be underestimated.

“The CR7 derby? Ronaldo is the man for the Champions League and he’s shown it. We’ll rely on him but we’ll also need the rest of the team

“He’s very strong and we can definitely go through. Atletico are very balanced and very difficult to face.

“They have a very strong defence, they sit back and can cause you problems with Griezmann and others.

“They will be two difficult clashes, with very few goals and a lot of balance. Young Boys? We don’t like losing, but we’d already secured first place in the group so I can’t criticise the team.

“The players and Coach are reaching all their objectives and it may be the case that we’re defeated by a strong team.”

The Juve VP then clarified his earlier comments about recently departed director Beppe Marotta when he declared “He [Marotta] is a professional, but perhaps was never a Juventino.”

“It wasn’t a joke,” Nedved confirmed.

“It was an affirmation based on what he said. Juventus existed before Marotta and will do so after him, the same also going for me.

“I believe that there are two types of directors: ones who can work for any club and those who would never coach certain sides. I only said it for that reason.”

Mendes: ‘Ronaldo told me he wanted Juve in January’