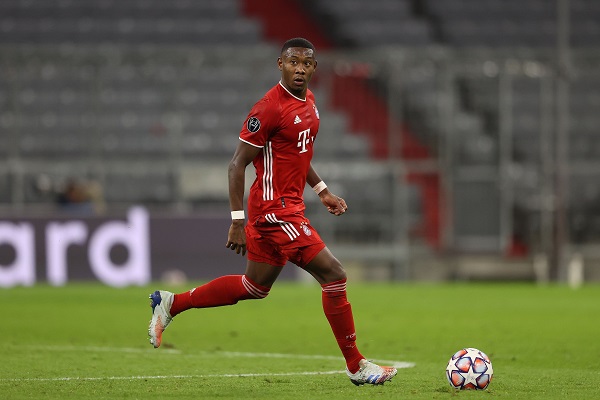 After winning the Barcelona presidential elections, Joan Laporta has now set his eyes on the transfer market where he is looking to beat Juventus to one of their targets.

The Catalans have been struggling with uncertainty off the pitch and on it and they now want to move ahead with rebuilding their team.

One player that will join them if everything goes to plan is David Alaba and Juve also wants the Austrian.

He is out of a contract at the end of this season and has decided to leave Bayern Munich.

The defender isn’t lacking suitors with Real Madrid rivalling Juve for his signature.

Todofichajes claims that he has an agreement in principle with Madrid, however, they could be pipped to his signature by Barca.

The report says Laporta met with his agent before his election, as he was confident that he would win.

He told the defender that he wanted him at the Catalan side after he wins the election.

Both parties held talks about the transfer and there is confidence within the Spanish side that he will join them.

The sticking point might be his contract demands as he wants 8m euros net per season and also wants a decent signing on fee even though he will join for free.

Juve will also struggle to meet his contract demands, but there is no guarantee that Barcelona can pay more than them and he will probably join the highest bidder ultimately.

Video: All Goals & Highlights from Juve’s four-goal triumph over Lazio