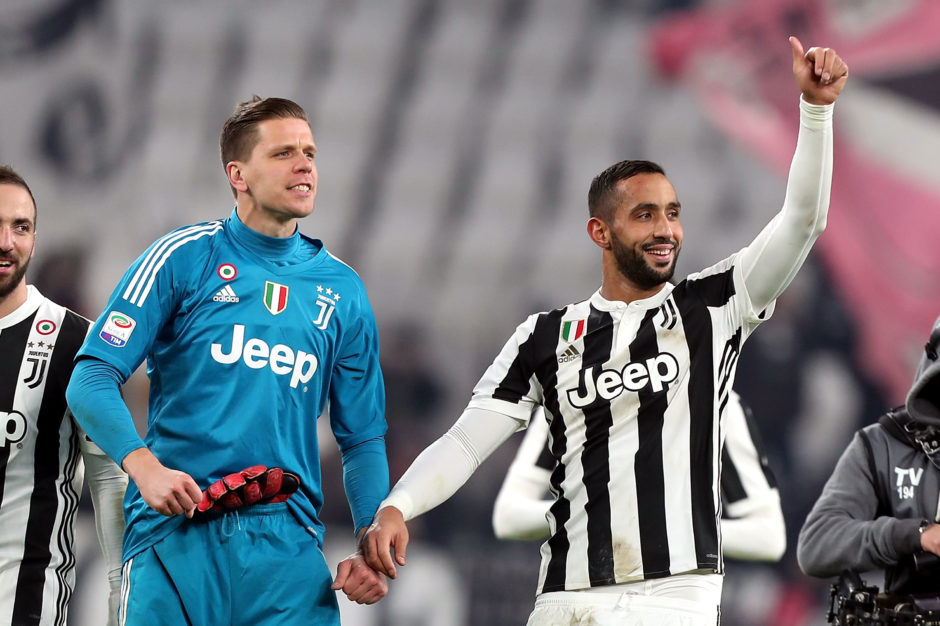 The new Ministry of Defence….

On 14th July last year the football world stood open mouthed as Leonardo Bonucci stood in front of a huge Champions League trophy with various AC Milan suits close by, for him he had completed a move to Milan after an apparent deterioration of relations between him and management in Turin. For Juventus it meant a re-build of sorts, the famous BBC trio of Bonucci, Andrea Barzagli and Giorgio Chiellini was finished and nervous glances were made towards the upcoming season; simply put, how do you replace arguably the world’s best defender? Juve didn’t do anything, while not many outside of the club’s Vinovo training ground thought the current crop of defenders could live up to last season’s exceptional defence, the coaching staff at Juve clearly did. Either way it was an uneasy defensive group which started the season and it was clear to see they were not on the same wavelength. Despite this good early season team form hid the defensive frailties, but they were exposed during defeats to Barcelona in September and away to Sampdoria, later in November. The Sampdoria game was arguably the latest turning point during the 2017/2018 season. 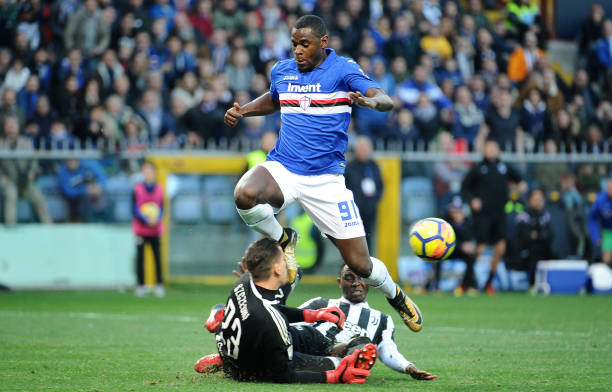 Juve stumbled and limped towards that game by turning out below par performances which were masked by wins over Sporting Lisbon in the Champions League and Fiorentina, Udinese and Benevento in Serie A. It is common knowledge Max Allegri’s Juve teams start slowly and peaks around Christmas, but they looked tired and unorganised at times. All this while Napoli, Inter Milan and to a lesser extent, Roma and Lazio were all effortlessly striding through the season. Allegri made a number of changes to the starting line up for the Sampdoria game which in the end really came back to haunt him as Juve were outclassed; the 3-2 score doesn’t reflect how pathetic Juve were on that autumnal afternoon. Since then Juve have played, amongst others, Barcelona, Napoli, Inter and Roma. They have also encountered tricky games away to Bologna, Hellas Verona and Cagliari, not forgetting a home a Derby della Mole cup tie against Torino. During that time Lionel Messi, Dries Mertens, Mauro Icardi and Eden Dzeko have all failed to score against Juve as they stretched an impressive clean sheet run to eight games. 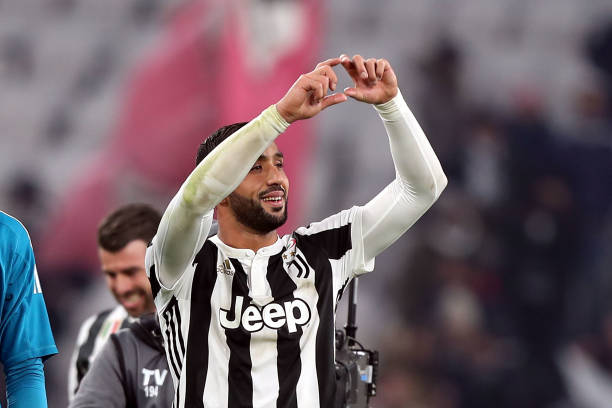 Considering the uncertainty after Bonucci left, the below par performances and early defeats to Barcelona, Lazio (twice) and Sampdoria, it is refreshing and extremely satisfying to see such a commanding defence week after week. There is an air of inevitability to Juve’s recent play, their rivals have experienced indifferent form to a greater or lesser extent and it’s as if all the early misgivings have been part of Allegri’s plan and we’re now seeing the real, confident Juve. Should an expected return to the top of the league materialise before too long, their rivals’ confidence will sink further.

Obviously eight successive clean sheets would certainly point to a much improved defence, to cement this fact, if you compare before and after the Sampdoria game, the first 18 games Juve conceded 19 goals, whereas the last 11 have only found the opposition celebrate once.

There is a case to be argued that had the defence still included Leo Bonucci and a healthy Buffon, it would’ve been given much more credit than it has and it seems as though Juve’s recent defensive improvements have gone under the radar somewhat. 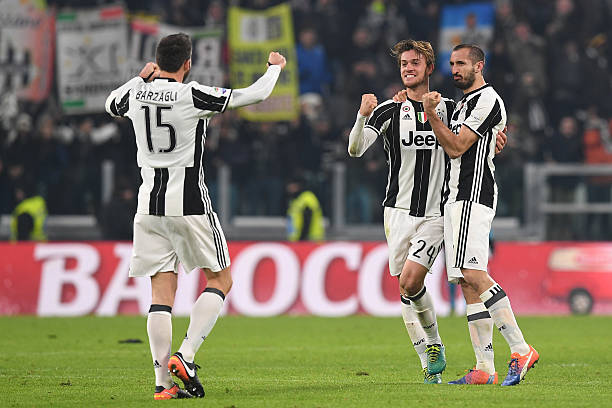 Giorgio Chiellini and Andrea Barzagli have been as dependable as ever, while Mattia de Sciglio and Wojciech Szczesny have both slotted in to the first team very well, the former has been affected by injury recently but has proven to be very reliable in a problem position. Once the injury problems fade he should feature regularly. The latter has turned out to arguably be the signing of the season for Juve. He has gelled well with the four in front of him; this hasn’t been a settled defensive group by any means, partly due to rotation and partly due to injury, and it’s very obvious his performances have lead to an increased confidence for him and those directly in front of him. In fact it can be said if it wasn’t for his saves against Roma and in particular, Cagliari, Juve would’ve dropped points in those games and not maintained their recent impressive run. On current form Juve definitely have a great replacement for Buffon. 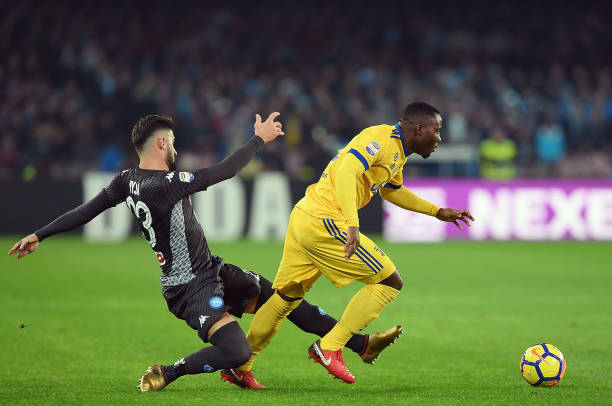 Kwadwo Asamoah continues to deputise for the inconsistent, Alex Sandro. The Ghanian is very much a polarizing player but he is one of those vital cogs in the machine; a squad player of limited ability but great desire, he has done everything which has been asked of him and Juve could do a lot worse than to keep hold of him, as interest from abroad continues to periodically rear its head. He could certainly be needed as there has been some speculation about Sandro’s relationship with management at Juve. If he leaves in January we could see Leonardo Spinazzola return from loan at Atalanta sooner than expected to help Asamoah at left back. 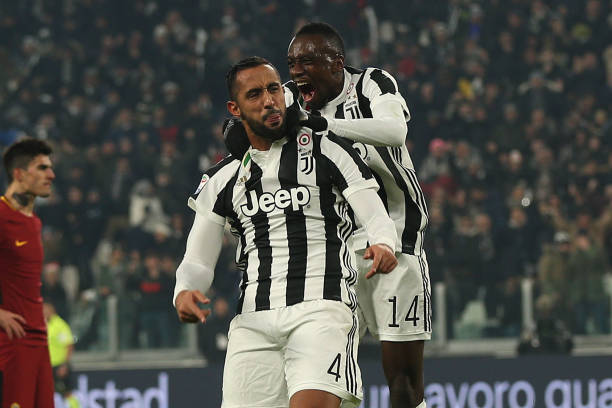 The biggest improvement is from Medhi Benatia, since his full time re-introduction to the side he looks a different player and has been rejuvenated by an increased stability and confidence. The differences between the player we saw looking intimidated against Barcelona in September to the one who put in a commanding performance and scored the winner against his former employers from Rome in December are vast. Casting an eye to the future, if Benatia continues this upward trend it now seems Daniele Rugani is the odd one out, with Mattia Caldara returning in the summer it remains to be seen whether we’ve seen the last of Rugani in a Juve shirt.

Again Juve have proven to be very able to grind out wins, the recent away games against Cagliari and Hellas Verona prove their ability to win while not at their best, indeed both teams played above their level and both pushed Juve hard in the second half, but the Bianconceri do what they do best, win. It may not be pretty at times, but the statistics tell all we need to know of Juve’s recent form. Since the 18 November defeat to Sampdoria there have been 11 games in all competitions, nine victories, two draws and just one goal conceded. Italian football, the birthplace of the catenaccio style of defending, historically loves a good defence and this Juventus back line is shaping up for a memorable season.

Is there still any doubts about Juve earning a top-four finish?